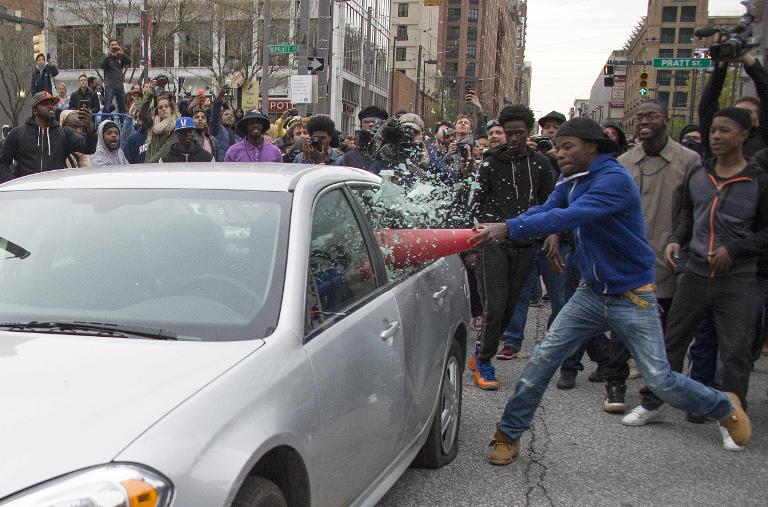 The United Nations will on Monday review the US rights record, with police brutality and racism, mass surveillance and the legacy of the “war on terror” in the spotlight.

The half-day public debate before the UN Human Rights Council in Geneva comes as US authorities launched a civil rights investigation into Baltimore’s police department following riots triggered by the death of 25-year-old Freddie Gray in police custody last month.

Monday’s so-called Universal Periodic Review — which all 193 UN countries must undergo every four years — is likely to focus on a string of recent killings of unarmed black men like Gray by the police.

One of the most prominent cases was that of Michael Brown, an 18-year-old who was fatally shot in Ferguson, Missouri, last year, sparking extensive and sometimes violent protests across the nation.

The US delegation, headed by US ambassador to the council Keith Harper and acting US legal advisor Mary McLeod, were expected to face a range of questions about law enforcement tactics, police brutality and the disproportionate impact on African Americans and other minorities.

“The world will be asking hard questions of a country that considers itself a human rights champion,” Jamil Dakwar, head of human rights at the American Civil Liberties Union (ACLU), told AFP.

How the US delegation responds to questions on a multitude of issues Monday could mark “the last opportunity for the Obama administration to shape the human rights legacy of the president,” he warned.

Diplomats from around the world are expected to raise questions about widespread incarceration in the United States of illegal immigrants, including children.

Conditions inside US prisons, including the use of long-term solitary confinement, and continued use of the death penalty were also among the issues raised in reports and questions filed in advance of Monday’s hearing.

The United States has seen its execution numbers drop in recent years to 35 in 2014, but still ranks fifth in the world after China, Iran, Saudi Arabia and Iraq, according to Amnesty International.

The issue of mass surveillance systems brought to light in documents leaked by former NSA contractor Edward Snowden, will also certainly be raised, as will US counter-terrorism operations and targeted drone killings.

Also on the agenda is the US record on addressing its “war on terror” legacy, including alleged CIA torture, and Washington’s failure to close the Guantanamo Bay detention centre in Cuba.

The United States underwent its first UPR in November 2010, but activists say it has done little to implement many of the 171 recommendations it accepted out of the 240 made by other countries that time around.

“The US has little progress to show for the many commitments it made during its first Universal Periodic Review,” Antonio Ginatta, US advocacy director at Human Rights Watch, said in a statement.

He said he hoped diplomats this time would “press the US on mass surveillance, police violence and detention of migrant families,” stressing that “the US should take the opportunity to make a serious commitment to roll back these abusive practices”.

Dakwar agreed that after the last UPR, the US government “failed to deliver”.

Now, he said, the administration had the opportunity to show what values it stands for.

“Will President Obama be remembered as the president who approved secret kill-lists, instituted indefinite detention, and failed to end unlawful surveillance practices?” he asked.

“Or will the president be on the right side of history by endorsing accountability for torture (and providing) an apology and reparations for victims?”