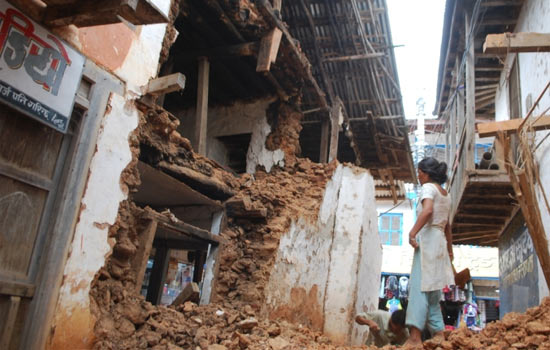 KATHMANDU: Three fresh tremors today jolted Nepal, triggering panic among the people already battered by the devastating earthquake and over 150 aftershocks as the death toll crossed 8,000.

Massive landslides and avalanches also forced suspension of rescue works in the popular trekking area of Langtang, where Nepal Army’s rescue team has taken out 90 dead bodies, including nine foreigners, so far.

According to some media reports, as many as 120 bodies have been pulled out and rescuers who were searching for bodies have moved to safe places.

Lieutenant Colonel Anup Jung Thapa said the rescue work was disrupted due to huge piles of frequent avalanche in and around the area.

Meanwhile, three tremors jolted the Himalayan nation today, bringing the total number of aftershocks with 4 or more magnitude on the Richter Scale to over 156.

A 4.2-magnitude tremor was recorded at 1.50 AM with its epicentre at Sindhupalchowk district, 100 km east of Kathmandu, one of the worst-affected districts.

Another 4-magnitude tremor was recorded at 2.44 AM with epicentre at Udaypur district.

The third tremor was of 4.4-magnitude which struck at 6.34 AM with epicentre at Sindhupalchowk/Tibet, according to the National Seismological Centre, Kathmandu.

No damage due to the tremors was reported so far. However, they sent a fresh wave of fear and panic among the people who have been forced to stay in open spaces for the past two weeks.

Also, the death toll from the April 25 tremor, the country’s worst in over 80 years, reached 8,019 while the number of injured stands at 16,033, according to Nepal Police.