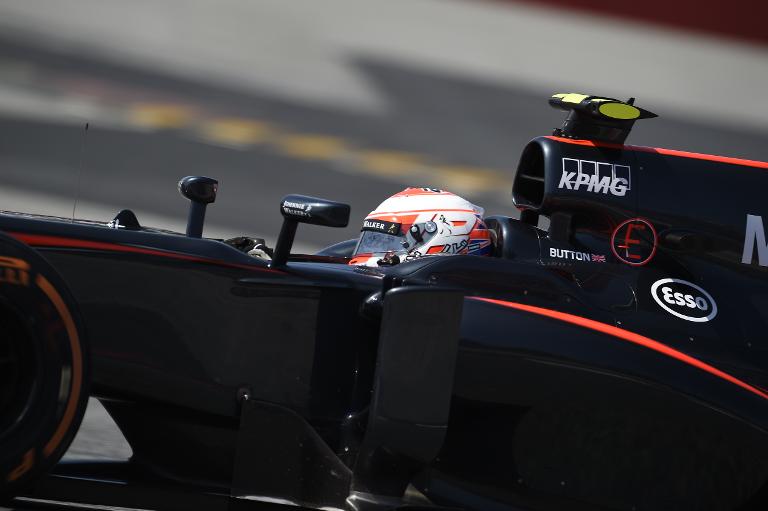 Jenson Button admitted Sunday that he had little to celebrate after completing his 100th race for McLaren and fears the team may not score a point this year.

The 2009 world champion finished a lowly 16th in his Honda powered car as the team struggled to another pointless result at the Spanish Grand Prix in their worst start to a season.

His McLaren team-mate, two-time champion local hero Fernando Alonso was forced to retire after a brakes failure caused him to over-shoot a pit-stop and narrowly avoid an accident with his own mechanics.

Button, who struggled with the handling of his car through the race, said: â€œIt was pretty scary to drive.

â€œI’m sure there’s something wrong. As soon as you touch the power, the rear end snaps immediately.”

Button, who has now started 271 Grands Prix, added that he fears McLaren may not score points all season if the team fails to resolve its problems.

â€œWe had under-steer in the car, but the rear wasn’t there. As soon as I touched the throttle at any speed it was gone.

“I don’t know why that is. We have to look at it more thoroughly.After today, I don’t think I expect points at all this year.

â€œHopefully, today was an off day. It didn’t feel right. The weekend has been reasonably good for us and I have been happy with how the car has been, but not in the race.â€

Button was unable to start the Bahrain Grand Prix last month after an electrical problem kept his car in the garage.