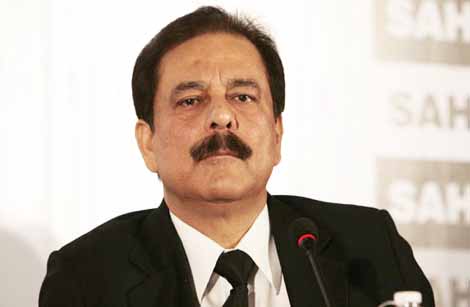 or Sahara chief Subrata Roy, his time to breathe easy is well approaching. His company, has agreed to pay the full $1.6 billion to release him on bail, a lawyer for the company disclosed.

Subrata Roy has been in jail for more than a year after Sahara failed to comply with a court order to refund billions of dollars it had raised in outlawed bonds.

It wasnâ€™t like Sahara hadnâ€™t tried to get him out on bail. Past attempts to raise the bail money using its overseas hotels that include The Plaza in New York and Grosvenor House in London had failed to raise the required amount of funds.

The Supreme Court in March had given Sahara an extension of three more months to raise the bail money, Â but warned it could ask a receiver to auction Sahara’s assets if the group failed.

Sahara will have to shell out $1.6 billion initially to get its chief released on bail. The Securities and Exchange Board of India (SEBI) and the Supreme Court have estimated Sahara’s total liabilities due to the outlawed bonds at as much as $7 billion.