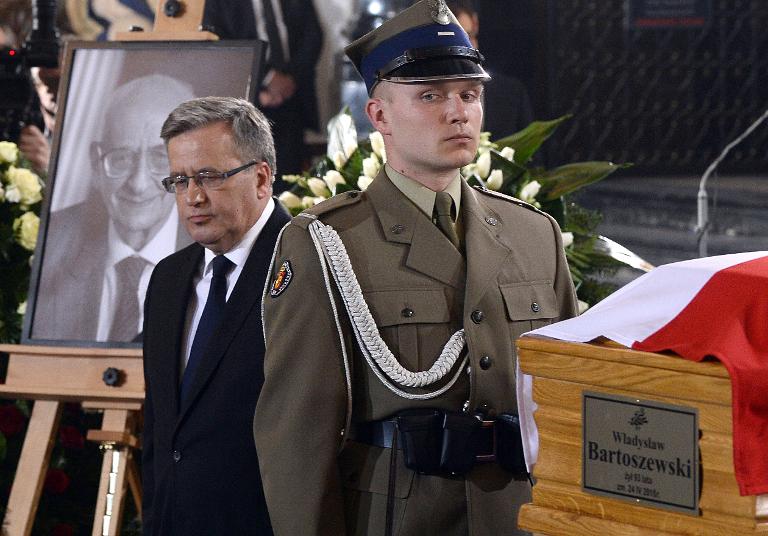 Poles vote Sunday in the first round of a presidential election after a lacklustre campaign focused on national security and social issues, with incumbent Bronislaw Komorowski expected to win, but not without a struggle.

The 62-year-old historian, who was elected in 2010 and is close to the governing centrist Civic Platform (PO) party, appears unlikely to secure a second five-year term without a run-off vote on May 24.

While Komorowski has focused on the security challenges Warsaw faces amid heightened tensions with Moscow over the Ukraine crisis, analysts say his rivals are trying to appeal to disenchanted voters by pledging to lower the retirement age and to bring taxes down.

“The campaign has highlighted a divide between people who benefited during the 25 years since the fall of communism in 1989, and those who feel lost,” political analyst Eryk Mistewicz told AFP.

“Komorowski is backed by voters who think Poland has benefited from its renewed freedom, while all other candidates are supported by people who are unhappy,” he added, referring to other 10 presidential contenders.

“His promises go well beyond the powers of the president and his generous economic proposals could even ruin the (much larger) German budget,” said Radoslaw Markowski, a political scientist at the Polish Academy of Sciences.

Komorowski has lost a lot of steam in opinion polls — from almost 50 percent support a few months ago to less than 40 percent days before the ballot — while Duda is just shy of 30 percent backing.

Anti-establishment rock star Pawel Kukiz is tipped to burst out of nowhere into third spot with up to 15 percent support, thanks to a growing young and disillusioned electorate.

For Komorowski, a former defence minister, national security is a key issue, particularly as Poland faces a militarily resurgent Russia.

“It’s been a long time since an armed conflict has been as close to Polish borders as the one today,” he warned last weekend, evoking Russia’s “aggression” against neighbouring Ukraine.

“Above all, I’m afraid of war and the other candidates are too aggressive and could push towards war,” he added.

But analysts say that Komorowski’s trademark moderation is also driving voters seeking change towards the other candidates, all of whom oppose the PO government’s liberal and pro-EU politics.

The head of the Polish episcopate, Archbishop Stanislaw Gadecki, waded into the campaign Sunday, urging the faithful to vote for “people whose perspective and opinions don’t go against Catholic values”.

“Duda, only Duda,” Mieczyslaw Jankowski, a worker from Warsaw in his early 60s, told AFP.

“I was hoping to retire soon, but Komorowski and his friends changed the retirement age to 67. Duda promised to change that.”

Presidential powers are limited to initiating and vetoing legislation and steering defence and foreign policy in Poland, an EU and NATO member of 38 million people that has grown into central Europe’s political and economic heavyweight since it shed communism in 1989.