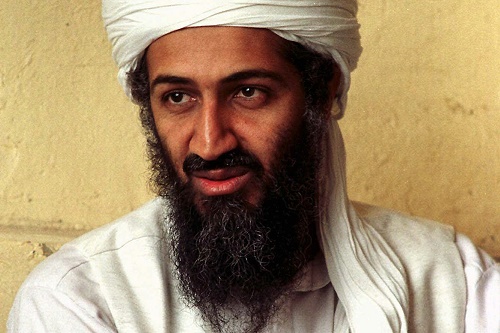 Noted US investigative journalist Seymour Hersh wrote, quoting US sources that Bin Laden was a prisoner of the ISI

“According to American sourcesÂ  Laden had been a prisoner of the ISI at the Abbottabad compound since 2006; that Kayani and Pasha knew of the raid in advance and had made sure that the two helicopters delivering the Seals to Abbottabad could cross Pakistani airspace without triggering any alarms,” Hersh wrote.

This spring I contacted Durrani and told him in detail what I had learned about the bin Laden assault fromÂ  that the CIA did not learn of bin Ladenâ€™s whereabouts by tracking his couriers, as the White House has claimed since May 2011, but from a former senior Pakistani intelligence officer who betrayed the secret in return for much of the $25 million reward offered by the US, and that, while Obama did order the raid and the Seal team did carry it out, many other aspects of the administrationâ€™s account were false.

â€˜When your version comes out â€“ if you do it â€“ people in Pakistan will be tremendously grateful,â€™ Durrani told me. â€˜For a long time people have stopped trusting what comes out about bin Laden from the official mouths. There will be some negative political comment and some anger, but people like to be told the truth, and what youâ€™ve told me is essentially what I have heard from former colleagues who have been on a fact-finding mission since this episode.â€™ As a former ISI head, he said, he had been told shortly after the raid by â€˜people in the â€œstrategic communityâ€ who would knowâ€™ that there had been an informant who had alerted the US to bin Ladenâ€™s presence in Abbottabad, and that after his killing the USâ€™s betrayed promises left Kayani and Pasha exposed.

The major US source for the account that follows is a retired senior intelligence official who was knowledgeable about the initial intelligence about bin Ladenâ€™s presence in Abbottabad. He also was privy to many aspects of the Sealsâ€™ training for the raid, and to the various after-action reports. Two other US sources, who had access to corroborating information, have been longtime consultants to the Special Operations Command. I also received information from inside Pakistan about widespread dismay among the senior ISI and military leadership â€“ echoed later by Durrani â€“ over Obamaâ€™s decision to go public immediately with news of bin Ladenâ€™s death. The White House did not respond to requests for comment.
Â