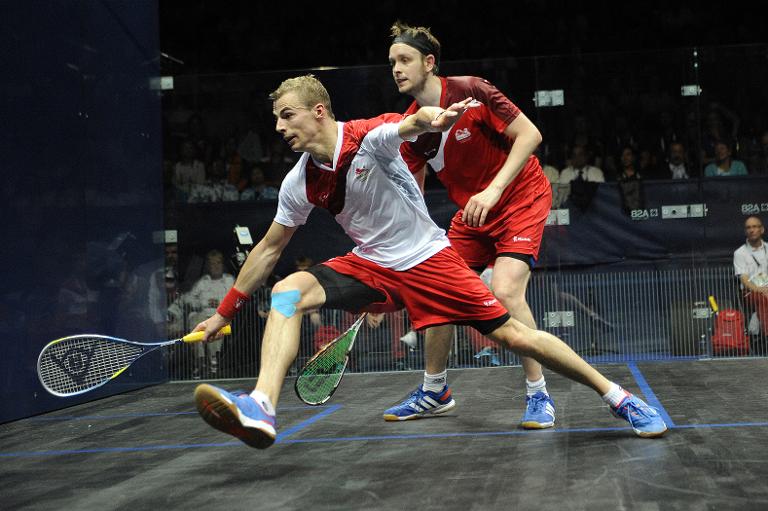 Nick Matthew, the three-time British Open champion, has slammed all those who have been trying to talk him into retirement.

The 34-year-old Englishman will become the oldest British Open champion of the professional era if he takes the 2015 title, but his age is not viewed positively by all observers.

“Some people have a habit of trying to retire you,” said Matthew ahead of the start of the tournament in Hull on Monday.

“I don’t know why that is, but it happens once you get to a certain age,” added Matthew, who is nine months older than Geoff Hunt when the Australian great won the last of his eight British Open titles in 1981.

“I went through a stage where I became a little bit frustrated (about this kind of questioning) because the results speak for themselves. They show I am not slowing down,” he insisted.

His three successive titles — the Swedish Open in Linkoping, the Windy City Open in Chicago, and the Canary Wharf Classic in London — certainly suggest that Matthew was the form player of the early part of this year’s Professional Squash Association tour.

However, he is now dealing with the effects of an ankle injury which caused his retirement in the semi-finals of last month’s El Gouna International in Egypt.

It happened not long after a thrilling victory over world number one Mohamed El Shorbagy in the Chicago final.

“Injury does create a few negative thoughts,” Matthew admitted. “I’ve definitely had a few niggles, despite some good results. I have been in and out of the physio room more than usual, and that makes you wonder.”Â

While a period of rest might be more appropriate, Matthew was determined not to miss the British Open.

“You would take time out to let it heal if it had happened midway through a season,” he said. “But my whole squash year is built around the British Open.”

Matthew has a potential route to another meeting with El Shorbagy, which has been aided by the withdrawal of another Egyptian in world champion Ramy Ashour, who suffered an Achilles tendon injury at the Grasshopper Cup in Zurich last month.

That tournament was won by Franceâ€™s Gregory Gaultier, who should defend the British Open title he secured by beating Matthew in last year’s final with renewed confidence after his victory in Switzerland ended a run of seven months without a trophy.

Gaultier, who faces an as yet to determined qualifier on Tuesday, may also be helped by the absence with a bad back of Egypt great Amr Shabana, the four-times former world champion, from his quarter of the draw.

Meanwhile another Egyptian star, the top-seeded El Shorbagy, could be tested by an unusually tough-looking first round tie against James Willstrop, the former world number one from England.

Willstrop has been recovering gradually from a hip operation and his unseeded presence in such a crucial slot in the draw has brought calls for protected rankings to be given to high-level players returning from injury.

The women’s event begins on Tuesday.