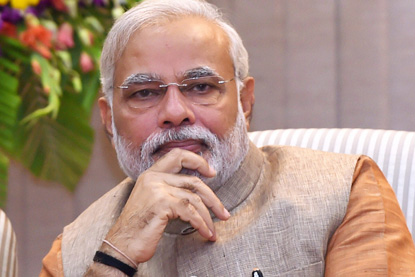 Kolkata:Â In his maiden visit to West Bengal as Prime Minister, Narendra Modi on Sunday dedicated the Rs 16,000-crore revamped and modernised IISCO Steel plant at Burnpur to the nation.

PM Modi, while addressing a large public meeting organised for the purpose, called upon states to work together with the Centre as ‘Team India’ to take the country towards progress.

The Prime Minister said that the government was aiming towards making eastern India powerful for which West Bengal needed to be made stronger first.

“If we can resolve international issues like Indo-Bangla Land Boundary Accord through ‘Team India’ spirit, domestic issues can also be resolved very easily,” Modi said.

After it was taken over by the government in 1972, IISCO became a fully-owned subsidiary of SAIL in 1978.

The brand new state-of-the-art IISCO Steel Plant at Burnpur is the fifth integrated steel plant of Steel Authority of India, which is “all set to achieve new milestones” in tune with the National Steel Policy, the steel maker said.

The annual hot metal capacity of the plant has been ramped up to 2.9 million tonnes, from the earlier 0.85 million tonne.

Spread over a compact 953 acres, the new plant is equipped with the latest green technologies with zero emission, it said.

SAIL is also working on adopting techniques to become globally competitive that would reduce the cost of production.

The revamped plant has already achieved some major milestones, both in production and quality, since 2014. It has started operating the continuous casting plant, and the first batch of 8-mm thermo-mechanical treatment (TMT) bars was produced in January 2015, it said.

The company’s reserves of iron ore are the largest in Asia, SAIL added.