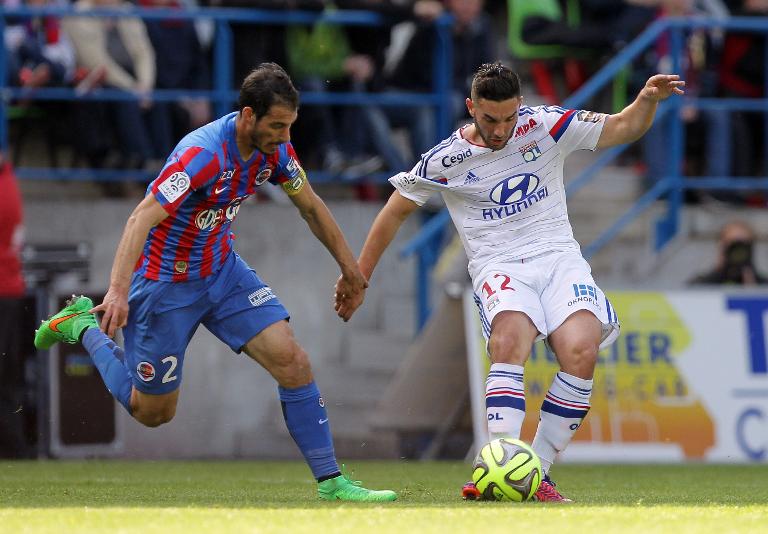 Nicolas Benezet’s first-half brace for the floundering Normandy side was enough to sink Lyon’s hopes of a first Ligue 1 title since 2008.

Lyon only have themselves to blame as Ligue 1 top scorer Alexandre Lacazette and in-form Nabil Fekir and Corentin Tolisso were stumped by a brilliant Remy Vercoutre in goal.

PSG, who boast a better goal difference than Lyon, now only need one point at Montpellier or from Reims before their French Cup final against Auxerre on May 30 to remain on course for an unprecedented domestic treble.

“We’re not going to talk about title hopes after conceding three. But, yes, obviously, we lost the title,” said Lyon coach Hubert Fournier.

“And that’s because our shoulders weren’t broad enough to challenge until the end. We let go in a game where we were complacent.

“We were a bit better in the second half but that was not enough against a team who worked hard and had the necessary approach to fight against relegation.”

Caen’s first win in the last five games sees them jump to 13th place, five points ahead of the relegation zone.

On Friday, a hat-trick from the in-form Edinson Cavani propelled PSG to a comprehensive 6-0 win against Guingamp.

Zlatan Ibrahimovic, with a brace, and Maxwell were also on target as PSG made it seven straight Ligue 1 wins and helped the capital side put one hand on the trophy.

Later on Saturday, relegation-bound Metz were thrashed 4-0 by visitors Lorient while Gael Danic scored his first goal for Bastia in the Corsican side’s 1-0 victory at Rennes.

Elsewhere, Toulouse scored twice in the last ten minutes to come from behind and beat Lille 3-2 as Bordeaux prevailed in an emotional 2-1 home win over Nantes for their last game at their Parc Lescure, where they had played since 1938.

The battle at the bottom-of-the-table between hosts Evian, 18th, and Reims, 17th, turned into a five-goal thriller that saw the visitors take a big step in their fight against relegation thanks to a brace by former Liverpool flop David Ngog in his side’s 3-2 win.

Away from the title battle the biggest fixture on Sunday will be at the Stade Velodrome, when Marseille must beat third-placed Monaco to retain any hope of qualifying for next season’s Champions League at the principality side’s expense.