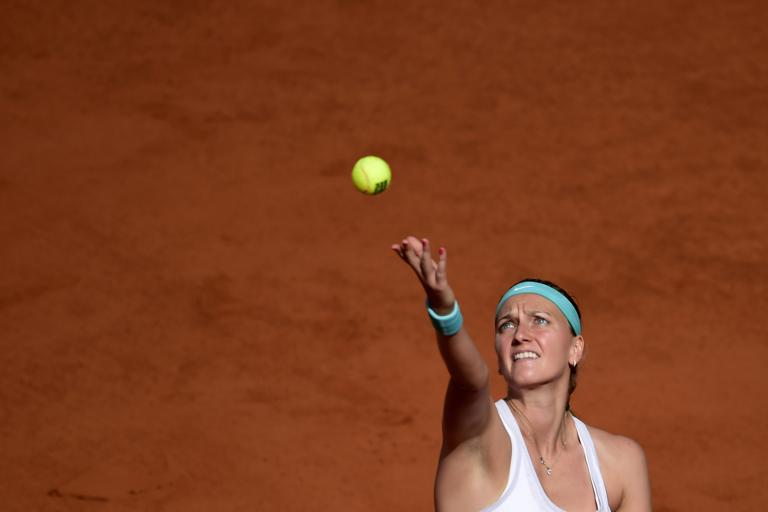 Wimbledon champion Petra Kvitova romped to the Madrid Open title on Saturday with a crushing 6-1, 6-2 victory over Svetlana Kuznetsova.

The Czech ended Serena Williams’s 27-match winning streak in the semi-finals and was far too good for Kuznetsova, who looked heavy-legged after spending more than 11 hours on court to reach the final.

“I am very happy, I am really glad that I could win here for the second time in Madrid,” said Kvitova, after a timely win just two weeks out from the French Open.

“It is unbelievable for me to finish the week like this. I know that Svetlana wasn’t feeling very well, so I wish her good luck.”

The world number four only recently returned to action after a six-week break after admitting to being physically and mentally exhausted by the travails of the tour.

And that break looks to have done her the world of good as she was the far fresher player in sealing her 16th career title and second in Madrid.

Kuznetsova fended off three break points to hold serve at 1-1, but was blown away thereafter as Kvitova reeled off five straight games to take the first set.

The Russian took a medical timeout at the change of ends, but that didn’t disrupt Kvitova’s rhythm as she moved 4-0 up in the second.

Kuznetsova, who had knocked Maria Sharapova out in Friday’s semi-finals, showed great determination to finally get on the board in the second.

But that only delayed the inevitable as Kvitova rounded off victory in little over an hour on court.

Kvitova insisted that the five-minute injury delay had not distracted her as she set her sights on victory.

“It’s not always nice to just sit on the bench and wait,” said the 25-year-old Czech who fired 33 winners in the final.

“I lost the first two points easily then. You never know what you expect from yourself when you come on the court again after five minutes’ break.

“I saw the tape on her leg so I knew that something is not great on her side. It wasn’t for the first time for me, so I know it’s tough for sure.”

Kuznetsova, a former French and US Open champion, admitted that she had been bothered by a leg injury which may yet force a withdrawal from the Italian Open in Rome next week.

Nevertheless, the Russian said she was proud of her efforts after a topsy-turvy week in the Spanish capital.

“I think I had the most weird schedule in my life. Some days I felt like I was basically sleeping on the court, not in my room,” said Kuznetsova who turns 30 next month.