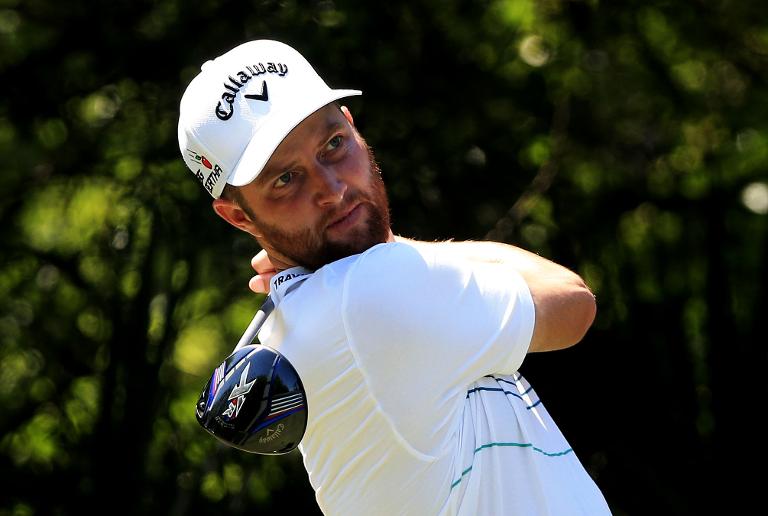 Chris Kirk finished strong to grab a one-shot lead on Saturday after three rounds of the US PGA Tour’s $10 million Players Championship.

The American fired a four-under par 68 for a 10-under total of 206 — good enough for the solo lead after American Kevin Na three-putted for double bogey at the 18th to fall two shots adrift.

Kirk was one in front of a trio of Americans. Kevin Kisner carded a 67, while Ben Martin and Bill Haas both posted 68s for 207.

Justin Thomas made a tournament-record 10 birdies in his seven-under 65 to lead a group on 208.

That group also included Na and Jerry Kelly, who shared the overnight lead and both signed for 72s. Also at eight-under were Spain’s Sergio Garcia (67), Canadian David Hearn (70) and American Scott Brown (69).

With another six players on 209, 16 players were separated by three shots going into the final round of the US PGA Tour’s flagship event.

World number one Rory McIlroy was four adrift in a big group on 210, after a three-under 69 that included two bogeys and four birdies — three of them on a blemish-free back nine.

Don’t count former number one Tiger Woods among the crowd of contenders heading into the final round.

The 14-time major champion slid down the leaderboard with a 75 that included two double bogeys on par-five holes — a first in his career.

But Kirk, a three-time PGA Tour winner, goes into Sunday with plenty of people on his trail.

At the 15th, Kirk landed his approach inside a foot and made that for birdie. He rolled in a 17-footer at 16 for a share of the lead, and drained a seven-footer for birdie at 17 — which features Sawgrass’ intimidating island green.

“I felt good about it,” Kirk said. “It’s interesting with such a late tee time seeing guys going low and shooting really low numbers in the morning out here, but you know this course always comes back to you in the afternoon.

“To shoot four-under with that late of a tee time, I’m really pleased.”

Among those going low early was Thomas, who didn’t even realize what a blistering birdie pace he was setting.

“I felt like I had to make a lot of birdies,” he said. “That, for some reason, was really tough for me.

“I didn’t really realize I had made 10 birdies until I got done.”