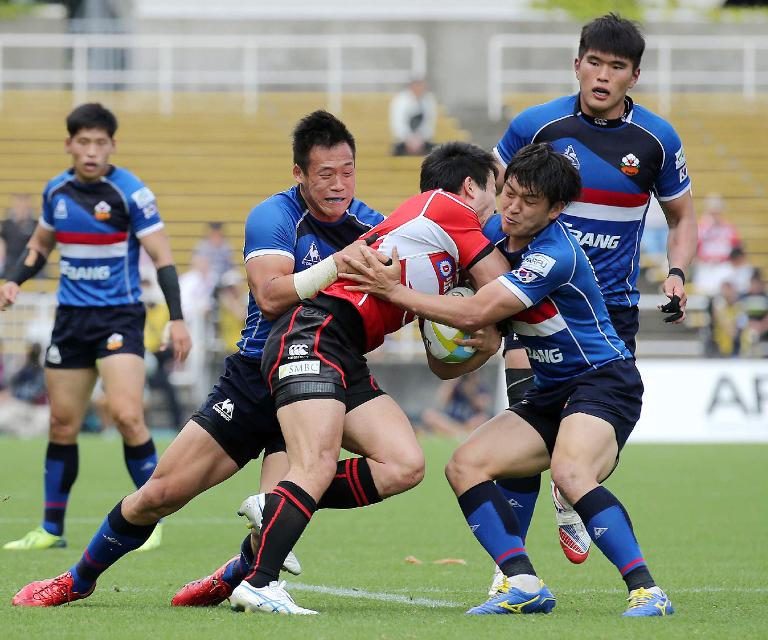 Japan underlined their regional dominance by thumping South Korea 66-10 at home on Sunday to capture the Asian rugby championship with a game to spare.

The odds-on favourites were never likely to be seriously troubled in the inaugural competition and they duly completed formalities after last week’s 41-0 demolition of Hong Kong with a second win over the Koreans in Fukuoka.

Japan’s predictable triumph was something of an anti-climax with coach Eddie Jones perhaps still none the wiser as he continues to tinker and build towards the World Cup later this year.

“Today was all about attitude,” the Australian told reporters. “They were in their worst physical condition in three years in terms of fatigue but I’m pleased that they worked through it.”

Local hero Kenki Fukuoka ran in three of the tries the “Brave Blossoms” scored in a lopsided game.

“We’ve got a lot of things we still need to improve on, as we’ve seen today,” said Fukuoka. “But for me personally I was really pleased to have made an impact and it was great to score tries in my hometown.”

Japan, who face South Africa, Scotland, Samoa and the United States at the World Cup, broke into the world’s top 10 for the first time last year after an impressive run of 10 successive wins, including victory over Six Nations side Italy.

However, the Japanese have won just once at the World Cup despite appearing in all seven previous tournaments, beating minnows Zimbabwe in 1991.