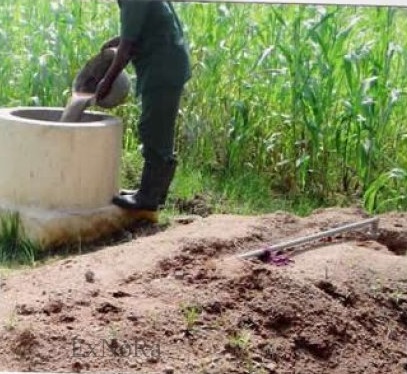 “For this system, three tanks would be set up in a village pond for purifying water and this could be used for irrigation purposes,” he said.Â

The scheme would first be implemented in 1,200 villages of Haryana and the state government would implement real-time mapping system for equitable distribution of canal water and for its monitoring, Dhankar said.Â

This would help in getting online information on internet such as flow of total quantity of water in a canal at a particular time, he said.Â

The priority of the state government is that water should reach every field or farm, he said.Â

The state government has supplied water till the tail end in 75 per cent of all the canals and the farmers would be provided with necessary equipment for sprinkler and drip irrigation system, Dhankar said.Â

Besides, canal water would be supplied to 1,000 village ponds by laying pipes, he said.Â

Dhankar said that a programme would be organised at Panchkula for ex-servicemen where they would be imparted training for advanced farming of fruits and vegetables.Â

He said that this way other farmers of their village would also be inspired to adopt progressive farming.Â

The state government also has a plan to open one excellence centre for horticulture or agriculture in each district, he said.Â

A board would be installed in villages carrying information about freedom fighters, martyrs, wrestlers, players and successful person of the village to inspire the youth, he said.Â

The Irrigation Minister said that gram sachivalayas that are being set up in villages would provide a number of services to villagers at one place.Â

He said that the state government is also taking efforts to set up a community centre in gram sachivalaya so that community programmes could be organised there.Â

Dhankar said that the present government has given compensation upto Rs 12,000 per acre for loss of crops which is higher than the recommendations of Swaminathan Ayog.Â

Every grain of the crop has been purchased at Minimum Support Price of Rs 1,450 per quintal during the current rabi season, he said.