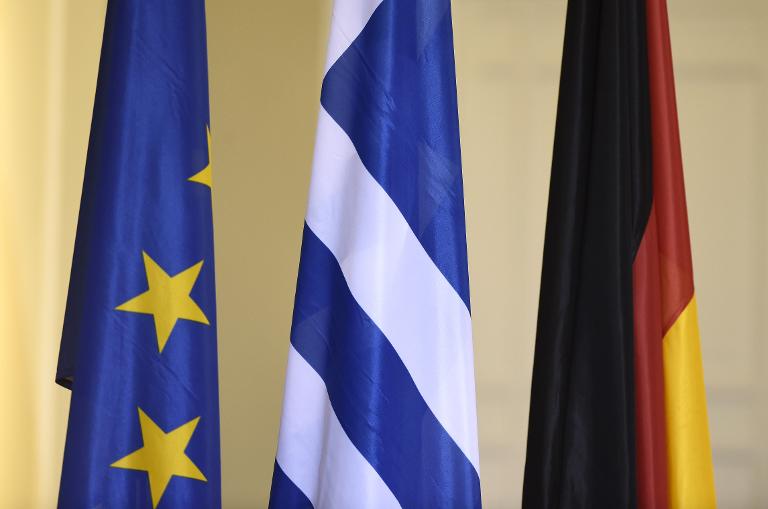 Greece’s Prime Minister Alexis Tsipras said he hoped that a key eurozone meeting on Monday would pave the way for a badly-needed loan deal with the country’s creditors.

“We want a clear confirmation of the progress that has been made” in the talks, Tsipras told a cabinet meeting on Sunday, according to the ANA state agency.

Tsipras said that the deal that has eluded negotiators for nearly four months should respect the mandate received by his leftist government in January elections, ANA said.

Athens hopes that a positive statement from Brussels on Monday on the negotiations would allow for at least a portion of its 7.2 billion euros ($8.1 billion) in remaining bailout loans to be released.

In particular, the Greeks have been demanding for months the release of 1.9 billion euros in bond profits from the European Central Bank.

One of Greece’s senior negotiators earlier on Sunday said the two sides were “very close” to a deal.

“After weeks of painful negotiation, if the other side is willing, it will become apparent that… the deal is very close and will be sealed in the coming period,” junior foreign minister Euclid Tsakalotos told Avgi daily.

Under a preliminary agreement in February, Greece has until June to work out a new reform deal with its creditors.

Tsakalotos said Athens and its creditors were “politically apart” on labour and pension issues and that some areas “will remain open until the last minute”.

European officials have, however, played down the likelihood of a deal being agreed on Monday.

“We have made progress, but we are not very close to an agreement,” Eurogroup chair Jeroen Dijsselbloem told Italy’s Corriere della Sera daily.

“It will surely not be reached at the Eurogroup meeting on Monday,” he said.

Greece has been squeezing funds from the central and local governments to be able to meet its international loan payments.

On Saturday, the country’s mayors declined to make their cash reserves immediately available to the state.

Without fresh bailout funds, Athens could face a default and messy exit from the euro within weeks, analysts say.

“Experience elsewhere in the world has shown that a country can suddenly slide into insolvency,” he told the Frankfurter Allgemeine Sonntagszeitung.

He declined to answer whether Berlin was preparing for such a scenario, insisting instead that Germany “will do everything to keep Greece in the eurozone under responsible conditions.”

According to sources in Athens, a loan repayment of 750 million euros due on Tuesday to the IMF will be honoured on schedule.

Prime Minister Alexis Tsipras, whose Syriza party swept to power in January on an anti-austerity platform, has called for an “honourable compromise”.

The government reportedly plans a number of concessions to win over the country’s creditors.

According to To Vima weekly on Sunday, these include a new unified VAT rate of 16 percent for several goods and services currently taxed at 13 percent.

The new VAT rate, along with an emergency tax contribution for the poor, a restriction on early retirement and an unpopular property tax, would enable the government to raise an additional 5-6 billion euros, To Vima said.

The talks have been complicated by conflicting messages from Athens on budget targets and on how much the government is prepared to compromise.

A number of cabinet hardliners have urged Tsipras to resist “submission” to Greece’s creditors.

The Wall Street Journal on Friday reported that Finance Minister Yanis Varoufakis had handed his counterparts a 36-page document forecasting 0.1% growth this year, less than the 0.5% predicted by the European Commission this week.

A day later, another finance ministry ‘reform plan’ emerged, 89 pages long and predicting a growth rate of at least 0.8 percent this year.

A poll in Real News daily on Sunday showed 71.9 percent of Greeks favoured a compromise to keep the country in the eurozone.

And if the question was put to a referendum, as the government has indicated it may do, 49.2 percent said they would accept further salary and pension cuts if it meant keeping the euro.