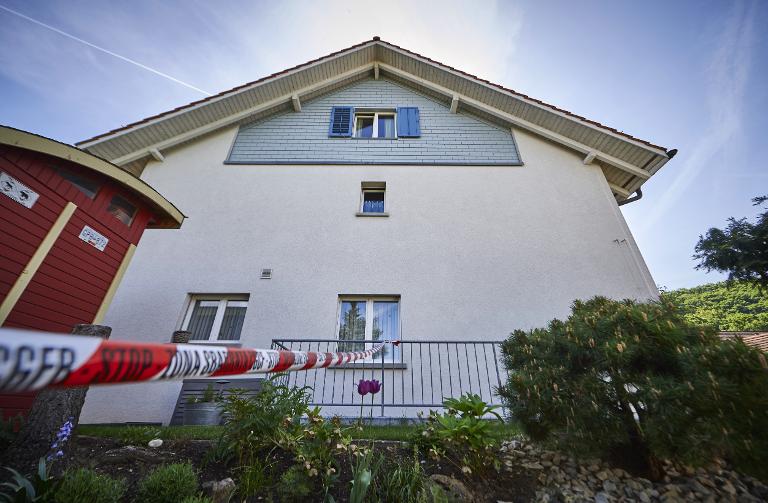 The shooter was among the dead following the incident on Saturday evening in the town of Wuerenlingen, near Zurich, the head of the local police told a news conference, adding that it was linked to a domestic dispute.

All the victims and the gunman were Swiss, Michael Leutpold said, adding: “We have ruled out a terrorist angle.”

He said the shooter was a 36-year-old Swiss national but did not reveal his identity. Local media reports described him as a policeman and father of three.

He did not have a gun licence and did not fire with a police weapon, the police spokesman said.

The shooter first went to a house in a residential area and fired on three people, killing a 58-year-old man, his 57-year-old wife and a 32-year-old man. The older couple were his parents-in-law and the younger man his brother-in-law, police said.

He then went to another house and shot dead a 46-year-old man before turning the gun on himself.

Neighbours had alerted police after hearing gunshots after 11 pm (2100 GMT).

The latest shooting, which follows similar incidents in January and November, sent shock waves through the tiny Alpine nation.

“This is not possible, we are after all the richest and happiest country in the world,” said the German-language Swiss newspaper Blick.

In a report published late last month, Switzerland was found to have the world’s happiest people, sparking a wave of national pride and media fervour with front-page headlines.

In the annual World Happiness Report by the Sustainable Development Solutions Network, Iceland, Denmark, Norway and Canada followed in the rankings that measured happiness and well-being levels in 158 countries.

A Netizen attributed the increasing rise in shootings to the proliferation of guns in Switzerland.

According to unconfirmed estimates, there are up to 4.5 million firearms in circulation in the country.

It is one of the world’s top countries in terms of the circulation of firearms, after the United States, Yemen and Serbia.