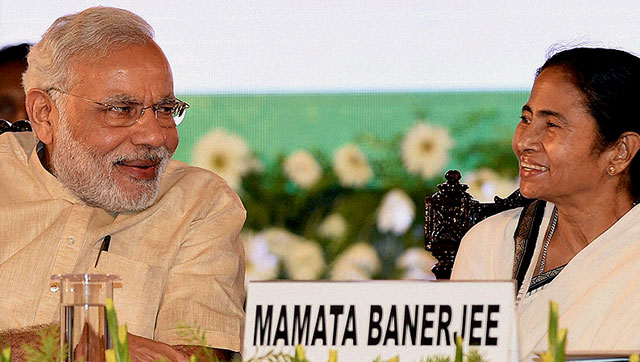 Thereâ€™s yet another instance where the Modi government has proved that itâ€™s different and effective at the same time.

Prime Minister Narendra Modi managed what many other politicians have been unable to. Known for their war of words, Modi and Bengal Chief Minister Mamata Banerjee were never expected to be even remotely cordial, but then, two one-on-one meetings later, the script has definitely changed.

Not just that, Banerjee also sought the PMâ€™s help for the state to get a waiver of the Rs 2.74 lakh crore debt that it had.

Sharing the stage for the first time since Modi came into power, the duo bonded over digs at the previous Congress and Left governments at the Centre and state, respectively.

Even though Banerjee tried to bring a blast from the past, Modi was diplomatic enough to ensure that nothing spoilt the show. The complaint about â€œabout 1,000 gram panchayats out of 3,500 in the state having no banking servicesâ€ was one of the few things that the PM effectively turned around.

Things between the Modi government and Mamata Banerjee had become sour after Banerjee had threatened to drag Modi to jail in the run-up to last yearâ€™s Lok Sabha elections and had accused his government of settling political scores through CBI investigation of the Saradha scam. Modi, too, had raised questions on the sale of Banerjeeâ€™s paintings.

Even though the opposition parties arenâ€™t exactly pleased with this development, yet, this is another indication that the Modi government knows its business well.