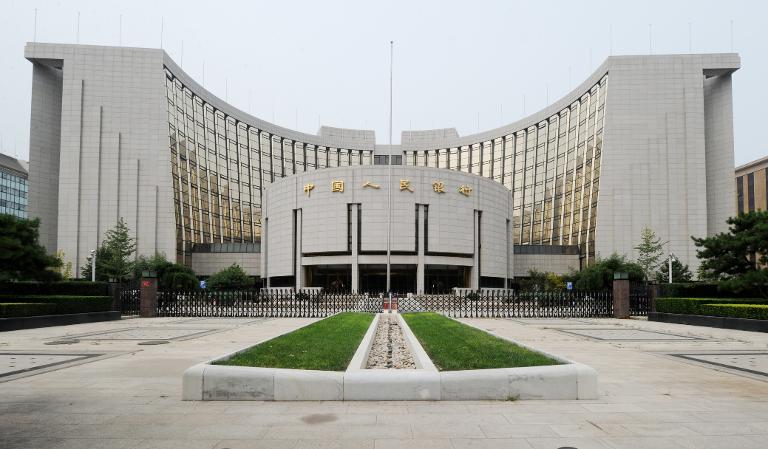 China’s central bank announced Sunday it would cut interest rates by 25 basis points as authorities seek to boost the flagging economy following a raft of data indicating a slowdown.

The benchmark one-year lending rate would be reduced to 5.1 percent and the deposit rate to 2.25 percent from Monday, the People’s Bank of China (PBoC) said on its website.

The move was widely predicted following subdued consumer inflation data and a fall in exports, according to analysts.

The PBoC had already cut interest rates twice since November and this year has twice reduced the amount of cash banks must keep in reserve, as well as using other measures to inject liquidity into the market.

The bank said the latest cut was to reduce the cost of borrowing “to continue to support the sustained and healthy development of the economy”.

The bank has ruled out quantitative easing for an economic boost, saying Friday it would use monetary policy to fine-tune the economy, the official Xinhua news agency reported.

Concerns about the risk of deflation have also resurfaced with the release of data Saturday showing consumer inflation rose to 1.5 percent in April, below market forecasts.

The figures come after January’s slump in consumer inflation to 0.8 percent, the lowest since November 2009.

Analysts had said they expected a 25 basis point cut in rates this quarter after the subdued inflation data which followed an unexpected fall in exports.

Exports dropped 6.4 percent year-on-year in April to $176.3 billion, the customs authority said Friday — well below the median forecast of a 0.9 percent rise in a Bloomberg News poll of economists.

The fall was accompanied by a 16.2 percent drop in imports to $142.2 billion, the sixth monthly decline in a row, suggesting sustained weakness in domestic demand.

The export and import figures for April showed a trade surplus of $34.1 billion compared with $18.5 billion a year earlier.

China’s leaders are trying to pull off a managed slowdown of the Asian giant to make growth more sustainable and led by consumer spending as in other major economies.

Analysts said they expect more cuts down the road.

Japanese bank Nomura said in a commentary that “headwinds to growth appear quite powerful and we believe further loosening is necessary to avoid a sharp slowdown.”