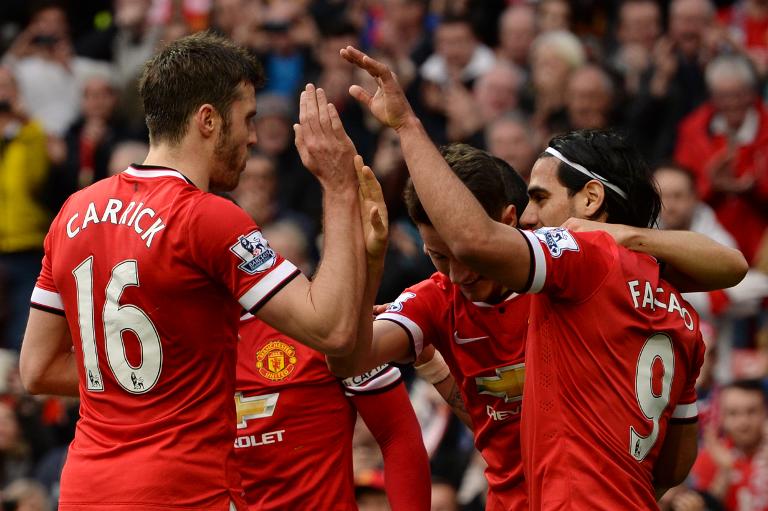 Louis van Gaal fears a virus sweeping through the Manchester United squad could damage his side’s hopes of sealing their place in the Champions League.

With just three games remaining in fourth placed United’s Premier League campaign, a victory at Crystal Palace on Saturday combined with a defeat for fifth placed Liverpool at champions Chelsea on Sunday would guarantee their return to Europe’s elite club competition after a one-year absence.

However, United, who currently hold a four point advantage over Liverpool, have lost their last three games against Chelsea, Everton and West Bromwich Albion.

And to make matters worse, they have been hit by an outbreak of illness at the club’s training ground this week, leading boss van Gaal to voice his concern that it could affect them at Selhurst Park this weekend.

“We have a virus in our dressing room,” said van Gaal, who has also seen England midfielder Michael Carrick ruled out for the rest of the season with a calf injury.

“I have a little bit of pain in the throat. (James) Wilson also has had that for one week but is recovering now. Maybe he can be on the bench (at Palace).

“A lot of players are suffering (from it).”

Van Gaal could do with a favour from Chelsea, but after being crowned champions last weekend their players were given three days off by Blues boss Jose Mourinho, prompting suggestions they would be less than fully focused against Liverpool.

United’s Dutch coach played down those fears, saying: “That (the extra time off) is the privilege of every manager when you are champion.

“I gave my players one day off more (than usual) but for another reason to what Jose Mourinho did.

“I think that Jose Mourinho can decide that and that his team shall play and do their utmost best (against Liverpool), I think.”

The mood is slightly sunnier across Manchester at outgoing champions City, who have rekindled their challenge for a second-place finish thanks to a run of three consecutive wins.

Manuel Pellegrini’s team host second-bottom QPR on Sunday in a game that recalls the unforgettable final-day fixture between the sides in 2012 that saw Sergio Aguero give City the title with an injury-time goal.

QPR survived relegation despite losing that day, but with seven points separating the west London club from safety, a repeat result this weekend would condemn them to the Championship.

A point below QPR at the foot of the table, Burnley are also dangling above the precipice ahead of a crunch clash at Hull City, who are a point above the bottom three.

“Margins are tight,” admits Burnley manager Sean Dyche. “It has frustrated me that we are not in a better position than we are in, but we are still alive.”

Sunderland, a point from safety, retain a game in hand on the teams around them, but with that fixture a trip to Arsenal on May 20, they may need to take maximum points from Saturday’s lunchtime game at 11th-place Everton.

Leicester City’s stunning burst of five wins in six games has left Nigel Pearson’s side level on points with Hull and they will be confident of victory at home to seventh-place Southampton, who are without a win in three outings.

Newcastle United have been dragged into the relegation picture after a run of eight straight defeats and welcome West Brom to St James’ Park with just two points separating them from the drop zone.

Newcastle manager John Carver has urged fans to put aside their anger with owner Mike Ashley and managing director Lee Charnley, saying: “Forget about what you think of Mike and Lee and everybody.

“Get behind the football club, because we want to be in the Premier League next year.”