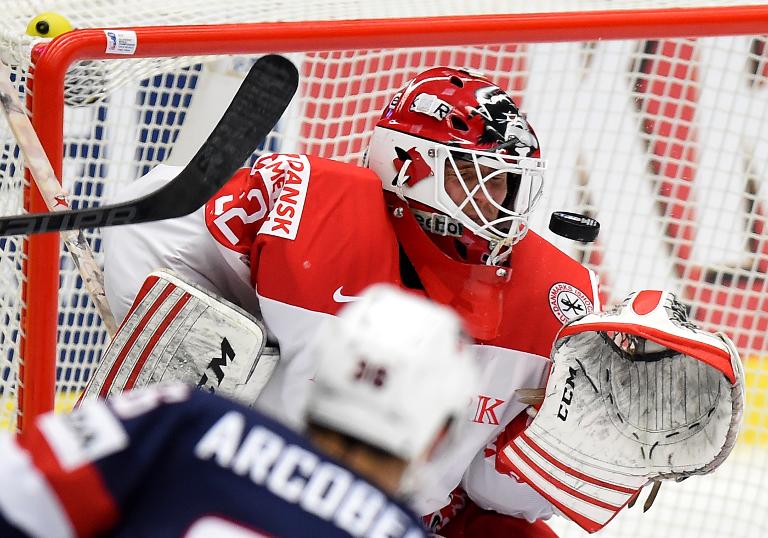 The USA beat Denmark 1-0 at the ice hockey world championships on Friday to return to the top spot in Group B with four wins and one loss from five games.

In the eastern Czech city of Ostrava, the USA outshot Denmark 41-21 but managed an only goal courtesy of New York Islanders forward Brock Nelson, who scored his fourth in the tournament 28 minutes into the game.

Jan Mursak levelled for Slovenia in the second period but Anders Bastiansen and Jonas Holos rounded off the score before the second intermission.

The US team now leads the group ahead of Belarus, Finland and Russia.

In Group A played in Prague, the Czech Republic eased past Austria 4-0 with Winnipeg Jets goalie Ondrej Pavelec earning his first shutout of the tournament after stopping a mere 12 shots.

Ondrej Nemec, Martin Zatovic and Vladimir Sobotka — all playing the Russian-based Continental Hockey League — scored in the closing eight minutes of the second period to put the hosts 3-0 ahead.

In the other game in Group A, Germany beat Latvia 2-1.

Lauris Darzins scored in the 12th minute to put Latvia ahead, but Germany staged a comeback with third-period goals by Michael Wolf and Matthias Plachta.

Canada lead the Group A rankings with a perfect record of four wins from four games, ahead of Sweden, the Czech Republic and Switzerland.

The first four teams in each group will make it to the May 14 quarterfinals, while the last ones in each group — currently Latvia and Slovenia — face relegation.