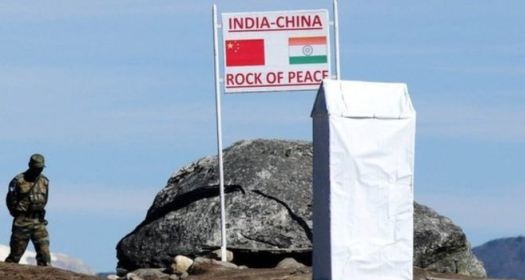 Washington:Â Days ahead of Prime Minister Narendra Modi’s maiden China visit, the Pentagon on Friday told the US Congress that despite improved political and economic relations between the two Asian giants, India-China border tensions remain.

“Despite increases in China-India political and economic relations, tensions remain along their shared 4,057-km border, most notably over Arunachal Pradesh (which Beijing asserts is part of Tibet and therefore of China), and over the Aksai Chin region at the western end of the Tibetan Plateau,” the Pentagon said in its latest report to the Congress.

In October 2013, Chinese and Indian officials signed the Border Defence Cooperation Agreement, which supplements existing procedures managing the interaction of forces along the Line of Actual Control (LAC), the report noted.

China and India continue to accuse each other of frequent incursions and military build-ups along the disputed territories, with the most recent incident occurring in September 2014 along the LAC in eastern Ladakh, it said.

“The military stand-off lasted 12 days and coincided with President Xi Jinping’s visit to India, the first of a Chinese President in nearly a decade, casting a shadow over the visit,” said the report, which also referred to the fact that China has border disputes with other neighbours as well.

China’s use of force in territorial disputes has varied widely throughout history, the Pentagon said.

Some disputes led to war, such as China’s border conflicts with India in 1962 and Vietnam in 1979, it added.

A contested border with the former Soviet Union during the 1960s also raised the possibility of nuclear war, it said. In more recent cases, China has been willing to compromise with and even offer concessions to its neighbours, the report said.

Since 1998, China has settled 11 land-based territorial disputes with six of its neighbours. Several disputes continue over exclusive economic zones (EEZ) and ownership of potentially rich, offshore oil and gas deposits, the Pentagon said.