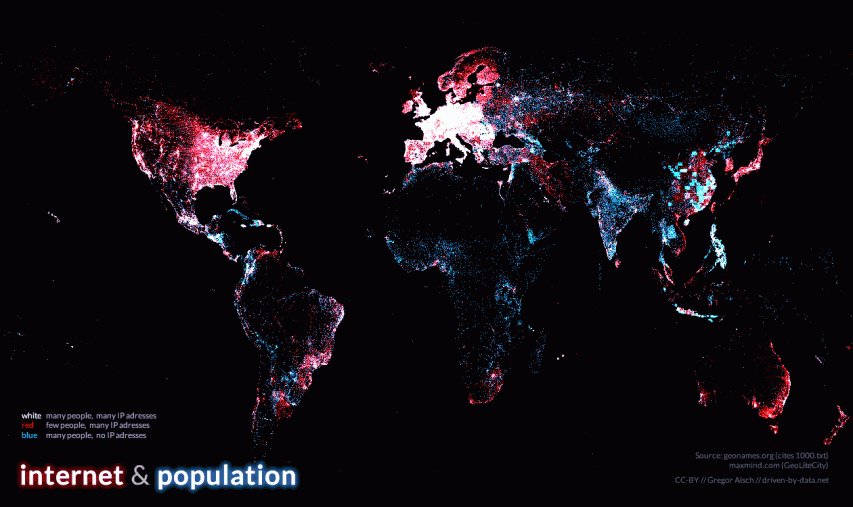 Smartphones, are arguably the biggest innovation of the 21st century and have gone on to become the extension to the bodies of scores of teenagers across the globe.

A recently released Pew Research Center report on teens and technology further corroborates this belief by showing that 88% of US teens have access to a mobile phone. Of these, 73% have smartphones and 15% only a basic cell phone.

But never imagined how these 15% owning basic phones and the left out 12% feel about the digital divide, which has unfortunately risen due to income disparity.

In simpler terms, low-income teens all over the world are unable to buy smartphones and thus participate in the social media conversations of their wealthier peers.

In a research conducted on a digital storytelling course for teens in South Los Angeles. The 30 teens who participated all came from low-income households, were evenly split in gender and were predominantly Latino, with some black and Asian participants.

We designed one program around photo-sharing apps and mobile phone cameras, as we believed that was what teens would be most comfortable doing. It turned out, however, that none of them had an Instagram account and few had ever shared a photo online.

We were struck by the contrast between the subjects of our study and those in the Pew study.

More recently, in an interview, conducted with 14 teens in the same demographic, who were participating in a workshop using the Scratch programming platform, a creative online learning tool in which young people can develop and share their stories, animations and games.

When we asked the teens participating in this program about their mobile and social media use, all of them said they texted to keep in touch with friends and family.

Only half had a smartphone.

In low-income communities, fewer teens have smartphones, so texting is the most common mode of communication. Itâ€™s no fun being on Instagram and Snapchat if your friends are not.

In other words, the shift to smartphones means low-income teens are shut out of the dominant communications media of their generation.

These observations are backed by the Pew survey data. Teens in wealthier households are more likely to have smartphones and to prefer Snapchat and Instagram.

Facebook is usually accessed through a shared family PC or a public library computer, making it a much more accessible platform than those that rely on smartphone connectivity for an app.

This emerging smartphone divide is more troubling than the digital divide faced back in the 1990s. The digital divide at that time described the gap between those who had access to desktop computers and the internet and those who did not.

Public concern led to policies and community efforts to bridge the divide through public infrastructures. Schools and libraries emerged as important access points for children and youth who did not have access at home.

Todayâ€™s smartphone divide is potentially much more difficult to bridge as it goes hand and glove with expensive consumer technologies and private infrastructure.

There is a need to address this new divide head-on before it becomes entrenched in the experiences of this rising generation.