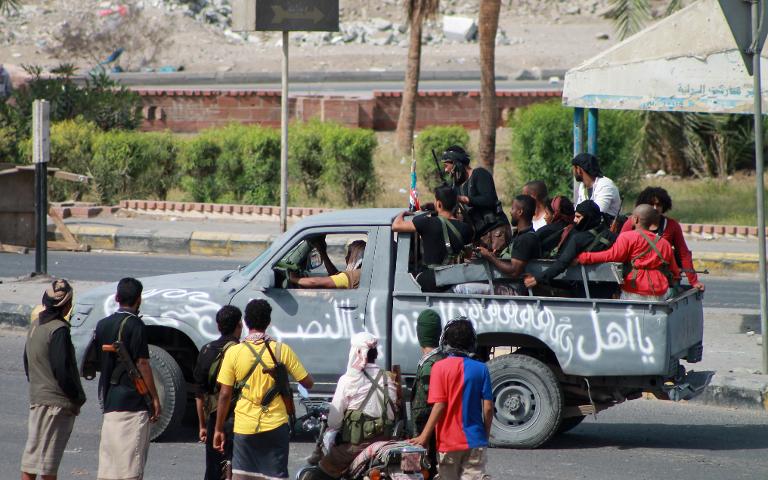 Saudi Arabia Friday announced a humanitarian ceasefire in Yemen starting May 12, even as it stepped up retaliatory air strikes on Shiite Huthi rebels in the north of the country.

“We have made a decision that the ceasefire will begin this Tuesday, May 12, at 11:00 pm and will last for five days subject to renewal if it works out,” Saudi Foreign Minister Adel al-Jubeir said at a meeting of Gulf ministers in Paris.

Warplanes from a Saudi-led coalition have focused their fire since Thursday on rebels in their northern stronghold after Riyadh vowed “harsh” punishment for deadly cross-border bombardments.

On the humanitarian front, the UN children’s agency warned that restrictions on delivering food and fuel are hampering aid efforts and threaten the lives of tens of thousands of Yemeni children.

“The ceasefire will end should Huthis or their allies not live up to the agreement — this is a chance for the Huthis to show that they care about their people and they care about the Yemen people,” Jubeir said at a joint news conference with US Secretary of State John Kerry.

Kerry said the ceasefire would take place “provided that the Huthis agree that there will be no bombing, no shooting, no movement of their troops or manoeuvring to reposition for military advantage (and) no movement of heavy weapons”.

He stressed that the pause in hostilities was a “renewable commitment” that, if it held, “opens the door to possibility of an extension”.

The coalition warned that “all of Saada will be a military target to coalition strikes after 7:00 pm (1600 GMT)” Friday, Saudi media said.

Coalition warplanes bombed the city of Saada and border areas on Friday evening, as well as a Huthi military convoy travelling between Saada and adjacent Jawg province, witnesses said.

Saudi Arabia, which has led six weeks of air strikes on Yemen in support of exiled President Abedrabbo Mansour Hadi, has warned that the Iran-backed Huthi rebels crossed a “red line” by shelling populated border areas in the kingdom.

Riyadh has repeatedly accused Iran of arming and funding the Huthis, charges Tehran denied again on Friday, with a foreign ministry spokeswoman dismissing “efforts to put the blame on others”.

The United Nations has renewed its plea for a ceasefire after weeks of fighting have left more than 1,400 people dead and nearly 6,000 wounded, many of them civilians.

UNICEF warned that fuel in Yemen may run out in less than a week, complaining that humanitarian access is being blocked by many parties to the conflict.

“If restrictions on the commercial imports of food and fuel continue, then it will kill more children than bullets and bombs in the coming months,” said UNICEF spokesman Christophe Boulierac.

Yemeni state news agency Saba, which the rebels control, said Friday that 13 people including women and children were killed when a village in the northern Hajja province was bombed.

In the southern town of Loder, a roadside bomb killed 12 Huthis, local commander Ali Issa said, adding that two of his men died in clashes.

Amnesty International, citing eyewitness testimony, pointed to “a repeated failure” by the coalition “to take adequate precautions to prevent civilian deaths in Yemen”.

It singled out a May 1 air strike on Sawan, east of the capital, that killed 17 civilians and destroyed nine houses as “a damning indictment of the failure of the Saudi Arabian military and its allies to take adequate steps to ensure civilians are not needlessly slaughtered”.

According to local residents and a council representative, there was no fighting before the nighttime raid, and there were no fighters or military targets in the area, Amnesty said.

The rebels are accused of receiving support from Tehran where thousands of people demonstrated Friday to denounce the air strikes.

Protesters paraded an effigy of Saudi King Salman holding an American flag in one hand and an Israeli one in the other.