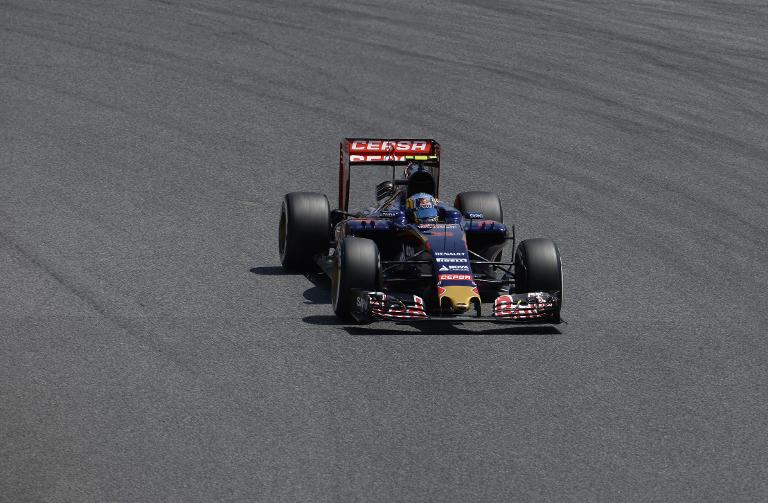 A familiar and famous name was back at the top level of Spanish motor sport on Saturday when Carlos Sainz qualified fifth for the unheralded Toro Rosso team at the Spanish Grand Prix.

Sainz, 20, is the son of two-time world rally champion Carlos Sainz, and has until recently competed with the additional sobriquet of ‘junior’.

In hot May sunshine at the Circuit de Catalunya, he cast that aside by outpacing not only his Toro Rosso team-mate, Dutch teenager Max Verstappen, but also a clutch of far more experienced drivers in so-called ‘bigger’ teams.

“Yes, it’s something special,” he said with disarming honesty. “Dreaming is free, no? A P5 tomorrow will be very difficult, but we’ll try our best.”

As a team, Toro Rosso outpaced their ‘senior’ siblings at Red Bull â€“- their drivers qualified eighth and 10th â€“- for their best grid positions at the Spanish event.

Sainz and Verstappen were faster than Finn Kimi Raikkonen, in a Ferrari, and Brazilian Felipe Massa, in a Williams, who have both started 214 Grands Prix and been in Formula One for 14 years.

Sainz and Verstappen, 17, the son of former Benetton driver Jos Verstappen, are both in their maiden seasons and have started a total of eight races between them.

Their combined age is only 37, while Raikkonen will be 36 this year.

Until this weekend, Fernando Alonso, 33, a two-time champion who is now attempting to rekindle his reputation and the results of the struggling McLaren-Honda team, was the biggest name in Spanish motor racing.

He may remain that, but after Saturday’s outstanding success by Sainz, he now has a serious rival.

Amazingly, Sainz himself seemed to be surprised at his own success and admitted he had not realised his home race ‘hero’ standing until the final mintues of qualifying.

“I didn’t realise I was at home until the lap back to the pits after Q3,” he said. “Then, I realised! Yeah, I had done a P5 and I was at home and I could see all the crowd. Everyone was cheering. It was a great feeling.

“Our long runs from Friday, they don’t look very promising, but it was a completely different car then in terms of feeling.

“We will work on it and we will try our best to finish in that top five, but it’s probably not our most realistic position.â€