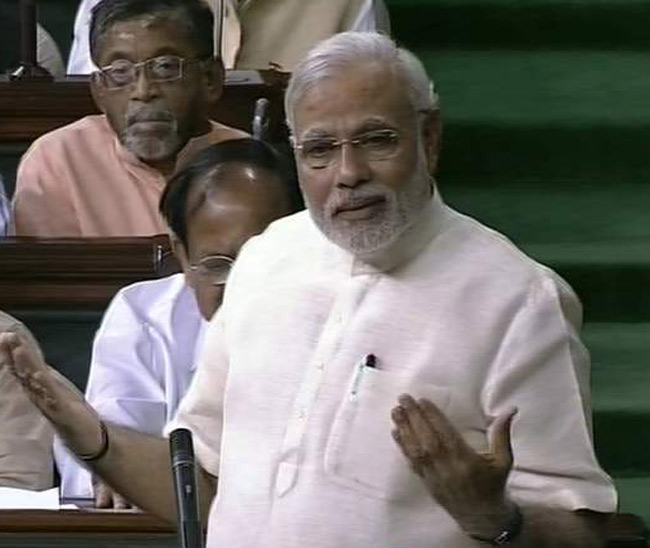 New Delhi: In his attempt to underscore â€˜cooperative federalismâ€™ in the country, Prime Minister Modi may be accompanied by the chief ministers of three or four states on his trip to China.

The PM will spend from Thursday to Saturday in China; sources said President Xi Jinping and he will announce a new initiative for dialogue between regional leaders of both countries.

Modi will travel to Beijing, Shanghai and the historic northern city of Xian. The focus of his trip will be largely on business. China is India’s biggest trading partner with two-way commerce totalling close to $70 billion. But India’s trade deficit with China has soared from just $1 billion in 2001-02 to more than $40 billion.

Sources said the PM is likely to raise India’s concerns about China’s whopping $46 billion investment in an economic corridor which links Pakistan’s strategic Gwadar port on the Arabian Sea with the Xinjiang province through Pakistan Occupied Kashmir.

The 3,000-kilometre corridor will create a network of roads, railways and pipelines linking China’s west to the Arabian Sea through Pakistan-Occupied Kashmir. The project is part of Beijing’s “Belt and Road” plan to expand its trade and transport footprint across Central and South Asia. It will give China easier access to Middle Eastern oil via the deepwater port of Gwadar in southwest Pakistan. Control of the Gwadar port was passed to a Chinese company in 2013.

India’s concerns about the project running through Pakistan-Occupied Kashmir have been dismissed by President Jinping who said the economic corridor is “a commercial project.”

Prime Minister Modi is also expected to raise India’s fierce objections to China’s insistence on issuing visas on papers that are stapled to the passports of residents of Arunachal Pradesh instead of stamping them into passports. China says Arunachal Pradesh is a part of its territory; India emphatically rejects that claim.

Sources say no substantive breakthroughs are expected on the decades-long border dispute between the two countries, though China is likely to be added to the list of countries eligible for e-visas in India, despite objections from intelligence and security agencies.