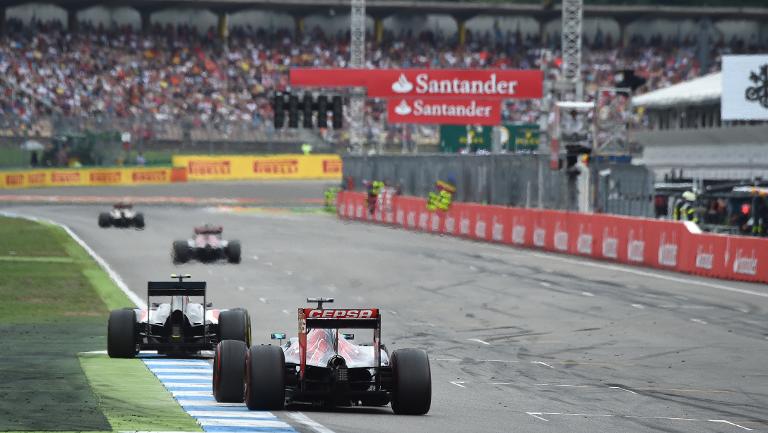 The managing director of the Hockenheim motor racing venue has insisted the 2016 German Grand Prix is ‘1000 percent’ certain to take place there after this year’s race was cancelled.

For the first time since 1960 there was no German Grand Prix this year because of contractual problems with the Nuerburgring venue, which shares hosting the race with Hockenheim on alternate years.

But tickets for the 2016 Grand Prix at Hockenheim have already been on sale for three weeks and venue manager Georg Seiler told SID, an AFP subsidiary, he is certain next yer’s race will take place.

“We have a contract for next year and we have always respected our contract.”

At the Malaysian Grand Prix in March, Formula One magnate Bernie Ecclestone had refused to confirm whether the 2016 German GP would take place, but Seiler insisted there is no doubt.

“I have a good relationship with Bernie Ecclestone,” said Seiler.

Only a relatively low gate of 52,000 spectators attended the 2014 German Grand Prix at Hockenheim and Seiler said he is hoping an exciting season this year will help boost attendance for next year’s race.

“Formula One has to be good, then the spectators will come,” he added.