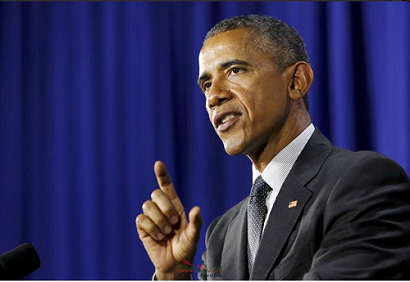 Washington: US President Barack Obama has nominated an IIT alumni to his advisory commission on Asian Americans and Pacific Islanders (AAPIs).Â

Obama yesterday announced the nomination of Sanjita Pradhan, an MBA from the Indian Institute of Technology, along with other nominations for several key administration post.Â

“These men and women bring extraordinary dedication to their roles and will serve the American people well. I look forward to working with them,” Obama said while making the announcement.Â

Pradhan, a Nepali American, is currently serving as an Executive Officer of the Office of Asian and Pacific Islander Affairs at the Iowa Department of Human Rights, a position she has held since 2013.Â

From 2010 to 2013, she served as Resettlement Director at Catholic Charities of Des Moines, Iowa. She was previously the Employment Coordinator of Lutheran Services of Iowa’s Refugee Cooperative Services from 2009 to 2010.Â

From 2007 to 2008, Pradhan was Marketing Coordinator at Principal Financial Group.Â

She had served on the Advisory Board for the Ethnic Minorities of Burma Advocacy and Resource Center.