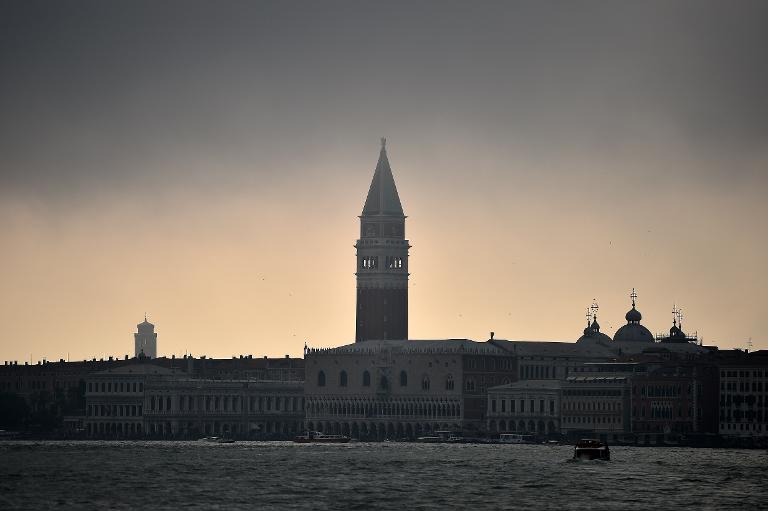 From migrant tragedies in the Mediterranean to war in Ukraine, the 2015 Venice Biennale, which opens Saturday, will have a markedly political edge under the direction of its Nigerian curator.

Okwui Enwezor is the first African to take charge of the 120-year-old festival, which is one of the most important fixtures on the global contemporary art circuit.

This year’s is the 56th edition and will be the longest ever held, following a decision to extend it to just over six months to enable it to overlap for longer with the Expo 2015 world fair, held in Milan.

The official theme is “All the World’s Futures”, and Enwezor has set the tone for how that is interpreted by centering his own show around “Das Kapital”, Karl Marx’s dissection of capitalism’s origins and dynamics.

The 51-year-old curator, also an art critic, editor and writer who has been the director of Munich’s Haus der Kunst museum since 2011, said he wanted to get people thinking about the role of capital in the modern world.

“Capital is the great drama of our time,” he said.

Extracts from the four volumes of Marx’s theoretical work will be read aloud daily by performers directed by the British film-maker Isaac Julien in a performance space, the Arena, designed by British architect David Adjaye.

Engagement on political, social and environmental issues is a recurring theme among the works presented by the Biennale’s total of 136 artists from 53 countries.

Of them, 89 are showing for the first time, before an audience that always includes more than its fair share of visitors ferried to Venice by yacht.

Brazilian artist Vik Muniz, an immigrant himself in New York, was moved to produce his contribution by the drowning of nearly 400 refugees in a migrant boat disaster off the Italian island of Lampedusa in October 2013.

The result is a piece made from a 15-metre wooden boat covered in the front page of the Venetian daily “La Nuova Venezia” published the day after the disaster.

Floating in the Basin of San Marco near the Arsenal, the boat is supposed to represent the fragility of migrants with regard to their future and during their journeys, the Brazilian explained.

“Because the little boats always sink — in the last month alone another thousand migrants have perished,” he said. “I don’t know what the solution is but I hope my work will help to get a discussion started, that my ‘Lampedusa’ will lead us somewhere.”

“People living in the east of Ukraine send me objects including pieces of Russian objects and I tried to make them into a sort of historic museum,” one of the artists, Nikita Kadan, told AFP.

One of the attractions generating the biggest buzz in the run up to the Biennale has been Australia’s new pavilion, the concrete, steel and black granite creation of acclaimed Melbourne architects Denton Corker Marshall that is tipped to receive 200,000 visitors over the next six months.

Opened earlier this week by Cate Blanchett, one of its financial backers, the pavilion is hosting an eclectic collection by Fiona Hall entitled “Wrong Way Time” that explores the passage of time via objects ranging from nests made from shredded dollar bills to an AK47 made from bread.

Among other highlights, Poland’s pavilion hosts a moving film made in Haiti by the artists C.T. Jasper and Joanna Malinowska that grew out of the story of how a contingent of Polish soldiers was sent to the Caribbean island in the early 19th Century by Napoleon Bonaparte.

The French ruler’s intention was that they should crush a slave rebellion — instead they joined the fight for emancipation.

Inspired by the tale, the artists visited the island where they put on a full-costume production of Stanislaw Moniuszko’s opera “Halka” — to an audience of attentive children, villagers wearing flipflops and a goat.

The Venice Biennale runs from May 9 to November 22.