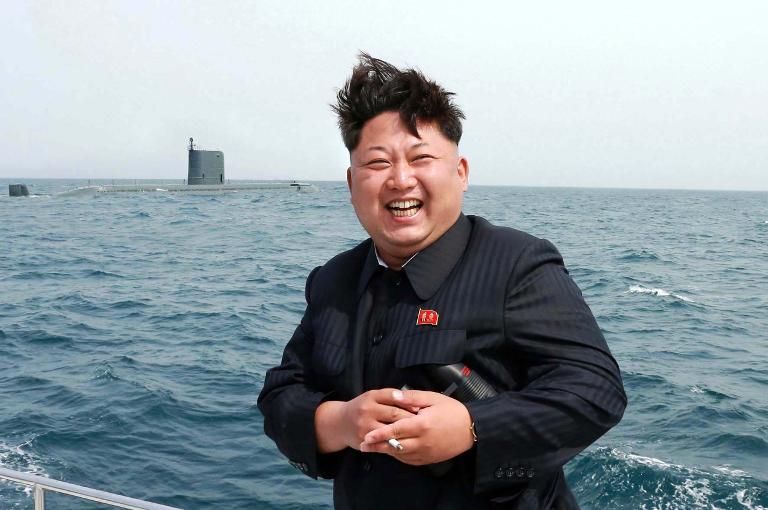 North Korea said Saturday it had successfully test-fired a submarine-launched ballistic missile (SLBM) — a technology that could eventually offer the nuclear-armed state a survivable second-strike capability.

North Korean leader Kim Jong-Un, who personally oversaw the test, hailed the newly developed missile as a “world-level strategic weapon”, according to a report by the official KCNA news agency.

Adding further fuel to inter-Korean tensions, South Korea’s military said it had detected the separate test-firing by the North on Saturday of three anti-ship cruise missiles off its northeast coast.

Pyongyang has issued three warnings over the past week that it will fire on sight at South Korean navy patrol boats it accuses of violating the disputed Yellow Sea border on the west side of the divided peninsula.

Seoul has denied any incursions and vowed to retaliate “sternly” to any provocation.

There was no immediate independent confirmation of the SLBM test, which would violate UN sanctions banning Pyongyang from using ballistic missile technology.

A fully-developed SLBM capability would take the North Korean nuclear threat to a new level, allowing deployment far beyond the Korean peninsula and the potential to retaliate in the event of a nuclear attack.

Satellite images earlier this year had shown the conning tower of a new North Korean submarine, which US analysts said appeared to house one or two vertical launch tubes for either ballistic or cruise missiles.

The same analysts from the US-Korea Institute at Johns Hopkins University said at the time that developing an operational SLBM capability would be extremely costly and likely take North Korea “years” to achieve.

“If this is what North Korea claims it is, then it has come much sooner than anyone expected,” said Dan Pinkston, Korea expert at the International Crisis Group in Seoul.

“An SLBM capability would certainly increase the credibility of the North’s retaliatory threat, but I’d like to see what foreign intel says about this test,” Pinkston said.

According to the KCNA report, the test was carried out by a sub that dived to launch depth on the sounding of a combat alarm.

“After a while, the ballistic missile soared into the sky from underwater,” the agency said.

It gave no detail of the size or range, nor did it specify when or where the launch was carried out.

Pictures released by KCNA showed a missile firing out of the water, with Kim Jong-Un watching from a boat in the foreground.

Red lettering on the side of the missile read “bukgeungsong,” meaning “north star,” or possibly “polaris”.

North Korea has been known to doctor military photos, and the validity of the KCNA pictures could not immediately be verified.

The agency quoted Kim as saying the Korean military now possessed a “world-level strategic weapon capable of striking and wiping out in any waters the hostile forces infringing upon (North Korea’s) sovereignty and dignity.”

The test was an “eye-opening success” on a par with North Korea’s successful launch of a satellite into orbit in 2012, Kim said.

The satellite launch was condemned by the international community as a disguised ballistic missile test and resulted in a tightening of UN sanctions.

While there is no doubt that the North has been running an active ballistic missile development programme, expert opinion is split on just how much progress it has made.

The North has yet to conduct a test showing it has mastered the re-entry technology required for an effective intercontinental ballistic missile.

There are also competing opinions on whether the North has the ability to miniaturise a nuclear device that would fit onto a delivery missile.

North Korea’s small submarine fleet is comprised of largely obsolete Soviet-era and modified Chinese vessels, but suggestions that it was experimenting with a marine-based missile system have been around for a while.

The South Korean defence ministry cited intelligence reports last September that Pyongyang was understood to be developing a vertical missile launch tube for submarine use.