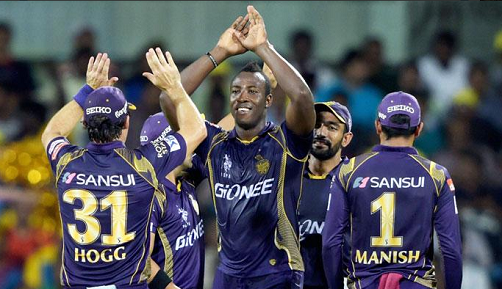 Kolkata:Â Third-placed KKR would aim for another clinical finish at the Eden Gardens, something that would shoot them to second place in the standings taking them closer to Play-offs.Â

Bottom-placed Kings XI Punjab are virtually out of contention for last-four after succumbing to a 138-run humiliation against a marauding Royal Challengers Bangalore in their last outing and they would look to play for pride in their remainder four matches.Â

Chris Gayle blasted 117 off 57 balls — the fastest century of this IPL — to floor Kings XI Punjab who were later skittled out for 88 for their lowest in the IPL.Â

The magnitude of the defeat was so big that it would be a big challenge for the George Bailey’s men to recover from the assault and get back to winning ways especially against a team that has done nothing wrong at home.Â

KKR’s only loss from six outings at the Eden had come against RCB too and it was the ‘Gayle storm’ that had taken away the match from the defending champions who had begun their campaign with a win over Mumbai Indians in the previous match.Â

Since that defeat, KKR have posted three successive wins at home while one against Rajasthan Royals was a washout, and every time their bowling has performed up to the expectations.Â

As Sunil Narine was cleared by the BCCI, albeit with a final warning, KKR went with in four spinners and two pacers to snuff out Delhi Daredevils’ 172-run chase for yet another convincing win last night.Â

Leg spinner Piyush Chawla revelled in the turning conditions while Aussie china man bowler Brad Hogg foxed batsmen with his guile. Narine went wicket-less but he helped contain the batsmen as everything went as per the script.Â

The batting looked shaky at times but all of them kept the run-rate ticking while Yusuf Pathan anchored the innings with a valuable 42 from 24 balls before Johan Botha’s five ball 17 pushed them to a challenging total on a difficult wicket.Â

While KKR will once again look to thrive at home, absence of a quality spinner in KXIP attack will also hurt the visitors cause especially on the Eden slow turner.