Home Face Off Jack of all trades 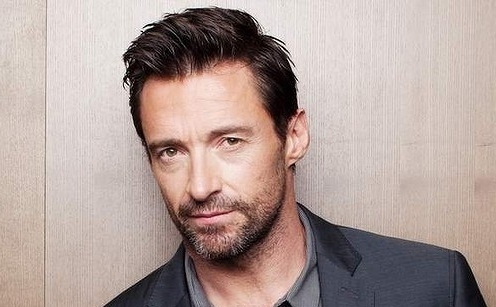 This charming hunk from down under once made his living as a clown at childrenâ€™s parties, and worked in restaurants and gas stations.

His daredevil grin has lit up silver screens the world over, but his lesser-known work in theatre and musicals has earned him international recognition as an actor, singer and all-round performer.Â

He was chosen asÂ PeopleÂ magazine’s Sexiest Man Alive of 2008 and hosted the Oscars the following year.Â

Hugh Michael JackmanÂ was born on October 12, 1968 in Sydney to English parents. At the age of 8, his family parted ways as his mother and two sisters moved to England and he was left with his dad and two brothers in Sydney.

He spent most his time outdoors, going on camping trips and vacations all over Australia. He went to Pymble Public School and later attended the all-boysÂ Knox Grammar School. Jackman has a communications degree from the University of Technology, Sydney.

Jackman got his first taste of professional acting on the stage, appearing in several Melbourne musicals. He became known outside Australia in 1998, when he played the leading role inÂ â€˜Oklahoma!â€™Â in London and â€˜Carouselâ€™Â in New York City.

To mainstream audiences, Jackman is perhaps best known for the role of Wolverine in the American filmÂ â€˜X-Menâ€™Â (2000). Jackman cemented his position as a movie star when he was hired to star in three silver screen films (Someone Like You, Swordfish and Kate & Leopold) during 2001.

He came back to the big screen with the action film â€˜X-Men: The Last Standâ€™Â (2006) which was a box office hit. The same year, he leant his voice to two animated feature films:Â â€˜Flushed Awayâ€™Â andÂ â€˜Happy Feetâ€™.

In 2012, he was honored with a star on the Hollywood Walk of Fame and also helped bring one of the most famous musicals of all time to the big screen: â€˜Les Miserablesâ€™.

Jackman is a longtime proponent ofÂ microcreditÂ â€“ the extension of very small loans to prospective entrepreneurs in impoverished countries. He is also a global advisor of theÂ Global Poverty Project.

He has used his Twitter account for charity as well. In 2009, Jackman posted on his Twitter page that he would donate $100,000 to one individual’s favourite non-profit organisation and donated $50,000 toÂ Charity:WaterÂ and $50,000 to Operation of Hope.