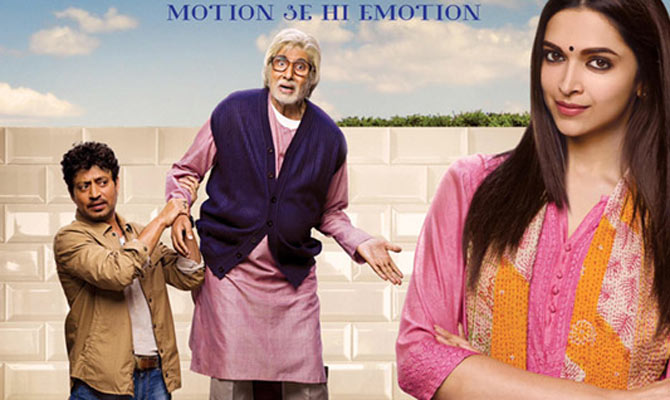 New Delhi: Piku, one of the most awaited films of the year released on Friday. The star-studded film have garnered rave reviews from all corners of the globe and has even the cash registers ringing.

The movie is a comedy-drama directed by Shoojit Sircar of Vicky Donor and Madras CafÃ© fame. The film stars Amitabh Bachchan, Deepika Padukone and Irrfan Khan and deals with a quirky relationship between a Bengali father-daughter.

The film revolves around a hypochondriac father and an overbearing daughter and how their relationship is stretched as the father struggles with his toilet habits.

Although most of the filming was done in Kolkata and Mumbai, some indoor shoots of Piku were completed in Gurgaon at the City Club and Cyber Hub.

There are some shots in the City Clubâ€™s lawns, parking areas and interestingly Deepika was also seen hailing an auto towards Galleria Market. It was a one day shoot but both Deepika and Irrfan explored the city as much as possible.

Delhi has been lucky for Deepika with two of her most loved films -Â Love Aaj KalÂ and large parts ofÂ CocktailÂ being shot in the city. Both the films had done very well at the box officeÂ and have won her appreciation and accolades.