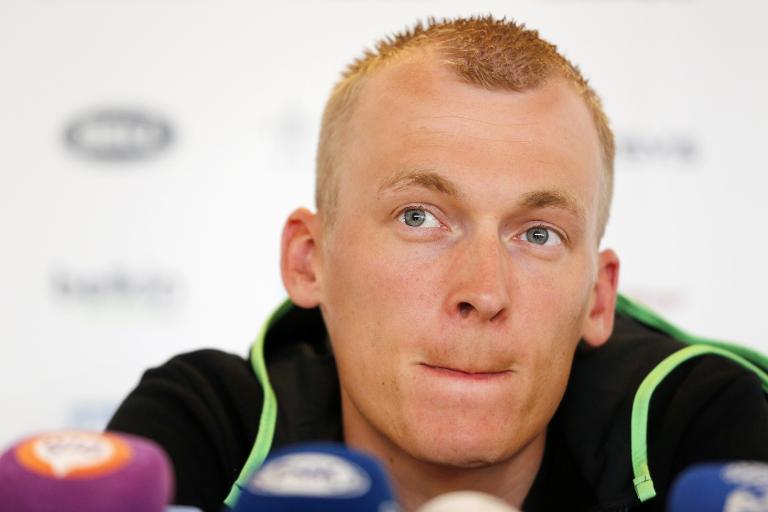 Robert Gesink will begin his bid for his second overall title in four years when he lines up on Sunday for the opening stage of the Tour of California.

Gesink, who won the event in 2012, is the only former winner entered in this year’s race, which is celebrating its 10th anniversary.

The Tour of California was first held in 2006 and is one of the most important cycling races in North America.

This year’s race comprises eight stages and 13 host cities over a total distance of 724 miles (1,165 kilometers), according to race organizers.

It begins in the California capitol of Sacramento and wraps up a week later at the Rose Bowl Stadium in Pasadena, just outside of Los Angeles.

It features a record 18 teams and as a new twist this year organizers have added a three-day women’s race to the mix.

The 28-year-old Gesink, of team LottoNL-Jumbo, is trying to regain his form after undergoing heart surgery last year. The Golden State has been good to the Dutch rider in the past, including in 2007 and 2008 when he was named California’s best young rider.

American Lawson Craddock is another to watch. The 23-year-old finished third last year and is the highest placed rider to return. Like Gesink, Craddock is on the mend after missing two months this season following a crash at the Tour Down Under in January.

Bradley Wiggins, who won in 2014, will not be back to defend his title but his Team Sky squad is ready to try and make it two in a row behind climbing specialist Sergio Henao.

Michael Woods, of Canada, is enjoying a breakthrough season and 22-year-old Frenchman Julian Alaphilippe could make some noise on his first Tour of California.

The key stages for the overall are expected to be the stage six, 24-kilometer time trial at Big Bear Lake and a brutal climb to the Mount Baldy finish line the next day.

The 128-kilometer Baldy stage begins in Ontario, California and includes a category two climb of Glendora Mountain Road followed by an out-of-category slog to the Baldy finish line at the base of the tiny ski hill’s lone chair lift.

The last time the race went to Baldy in 2012, Gesink seized the overall lead by winning the stage before going on to claim the title.

Sunday’s 105-kilometer final stage from downtown Los Angeles to the famed Rose Bowl should end with another sprint finish.