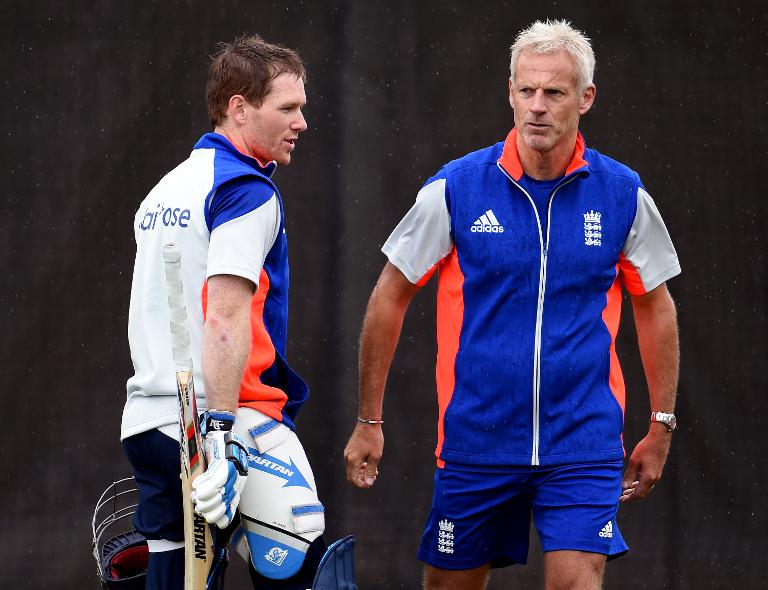 Peter Moores was sacked as coach of the England team on Saturday by the England and Wales Cricket Board on Saturday as former captain Andrew Strauss was given the new role of director of cricket.

“The ECB confirms that Peter Moores has left his role as England head coach today (Saturday),” said a board statement.

The board said Strauss had been involved in the decision to fire Moores following “private conversations” with ECB chief executive Tom Harrison.

Moores has now lost the job of England coach on two occasions, having initially been fired from the post in 2009 after a bust-up with then captain Kevin Pietersen.

His second spell in charge, which came after he replaced Andy Flower following the team’s 5-0 Ashes thrashing in Australia in 2014, lasted just over a year.

It yielded just one series win, at home to India last year, and included England’s embarrassing exit from the World Cup, where they failed to beat a single Test side.

Afterwards came the recent 1-1 series draw in the Caribbean against a West Indies side labelled “mediocre” by incoming ECB chairman Colin Graves.

“At the moment itâ€™s difficult to put into words how I feel except to say how disappointed I am in the way my term as England coach has ended,” said Moores in the same ECB statement that announced his exit.

Harrison, paying tribute to Moores, said: “Peter is a man of great integrity and has offered a huge amount to England cricket.

“This decision has been made as we focus on the future and our need to build the right approach and deliver success over the next five years within a new performance structure.”

Assistant coach Paul Farbrace will now take charge of England for their upcoming two-Test series with New Zealand starting at Lord’s on May 21.

Both Strauss’s appointment and Moores’s exit had been widely trailed in the British press and were announced in successive ECB statements on Saturday.

– ‘Frustrations along the way’ –

Moores, whose tenure concluded with Friday’s washed-out one-day international way to Ireland, lamented what he said was the ECB’s lack of patience.

“My record in developing players stands for itself and though we have had some frustrations along the way I am confident that this team will go on and bring the success the supporters desperately want to see,” said the 52-year-old Moores.

“I knew when I took on the role that this was going to be a tough period for English cricket and I would need time and support to get new players through.

“My frustration is not being given that time,” the former Sussex and Lancashire coach added.

Prior to Saturday’s announcement former England all-rounder Andrew Flintoff, who played under Moores during his first spell in charge of the national side, tweeted: “His agenda is England winning, he needs the players to hold up their end too.”

But England great Geoffrey Boycott said Moores was “a nice man” but “out of his depth at international cricket”.

Farbrace — best known as coach of the Sri Lanka side that won last year’s World Twenty20 — may be the man in possession, his ‘caretaker’ status means the speculation linking Jason Gillespie to the England coaching position is set to continue.

Now the coach of English county champions Yorkshire, having been brought on board at Headingley four years ago by Graves, the ECB’s statements on Saturday left open the possibility of the former Test fast bowler coaching against his native Australia in the Ashes series in England starting in July.

Meanwhile the ECB said Strauss’s new role would have responsiblity for the England team’s long-term strategy, as well as its coaching and management structures.

Strauss, twice an Ashes-winning captain, was the overwhelming favourite to land the post of England director of cricket, a job created by the ECB last month following Paul Downton’s sacking as managing director.

“Andrew’s breadth of ideas, his passion for England cricket and his proven leadership skills shone out,” said Harrison.

“We’re delighted he’s joining us at the ECB as we set out to create a new strategy for the game.”