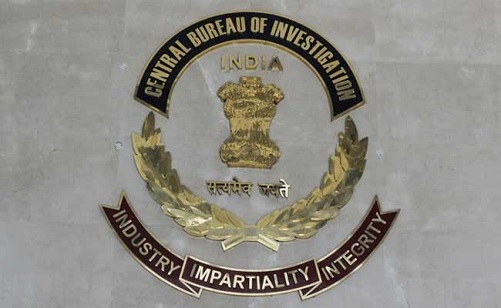 New Delhi:Â After nearly a year-long inquiry, CBI has registered an FIR against former Chemicals and Fertilizers Ministry Additional Secretary JS Maini and his familiy members for allegedly taking a bribe of $1 million to swing a joint venture between Krishak Bharati Co-operative Limited (Kribhco) and Norwegian fertilizer major Yara in 2007.

CBI sources said that during the inquiry registered last year, the agency found prima facie evidence of alleged pay-off to Maini and his sons, GS Maini and TS Maini, by Yara for securing a joint venture with Kribhco in 2007.

Agency sources said on Friday that CBI has registered a case against Maini, then Additional Secretary in Chemicals and Fertilizers Ministry, his two sons and their wives, besides unnamed officials of Yara and Kribhco.

“No involvement of any official of Kribhco has emerged so far. The company has nothing to do with this. We will co-operate in the legal process,” Kribhco Chairman Chandrapal Singh Yadav said.

CBI spokesperson Kanchan Prasad said a case has been registered under Prevention of Corruption Act and 120B (criminal conspiracy) of IPC.

“Searches were conducted at two places in Delhi and one place in Chandigarh. Documents have been seized,” she said.

The sources said the office of Rhine and Ravi – a company owned by Maini’s son – in Lajpat Nagar, a farm house in Sainik Farms and a residential address in Chandigarh were searched.

The agency had started preliminary enquiry based on statements from Yara and Norwegian prosecution agency Okokrim in this regard, naming Maini and his son as suspects.

It is alleged that transfer of over $1 million had taken place in the offshore accounts believed to be of Maini and his family members.

“Our acknowledgement of guilt and acceptance of a fine reflect that the Okokrim findings are in line with those of our own investigation. The penalty is severe but we accept it,” Bernt Reitan, Chairman of the Board of Yara International ASA, had said in a statement.

The company was negotiating with Kribhco during 2006-07 for setting up a joint venture project. In April 2011, Yara International appointed law firm Wiersholm to conduct an external investigation in this matter.

Yara had in June 2012 released the main findings of the investigation which said that “an unacceptable payment of $1 million in 2007 to a consultant in India is documented, related to negotiations with Kribhco.”

The allegations had been denied by Kribhco which had said that its officials were not involved in any wrongdoing with Yara, which was fined USD 48 million by the Norwegian investigation agency National Authority for Investigation and Prosecution of Economic and Environmental Crime, also known as Okokrim.