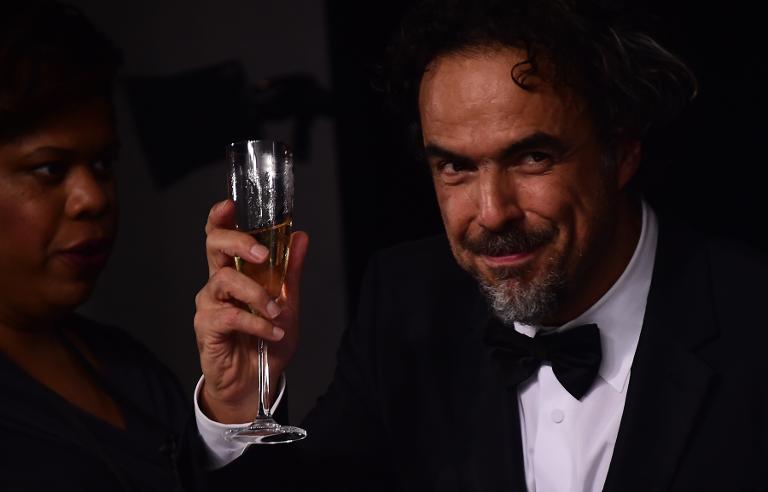 The Cannes film festival’s love affair with Mexican cinema began in 1946, but it has intensified in recent years, with a wave of prizes propelling the careers of several of the country’s directors.

The love story “Maria Candelaria” directed by Emilio Fernandez won the Grand Prix in the first edition of the famed French Riviera film fest 69 years ago, while legendary filmmaker Luis Bunuel won his share of awards in the 1950s-1960s.

Decades later, Alejandro Gonzalez Inarritu burst into the scene with his critically-acclaimed drama “Amores Perros” in 2000. He was back at Cannes in 2006 to collect the best director award for his multi-country drama “Babel.”

Mexican cinema reached its zenith at Cannes with back-to-back best director prizes in 2012 and 2013, rewarding Carlos Reygadas for “Post Tenebras Lux” and Amat Escalante for “Heli.”

Reygadas and Escalante’s raw look at violence plaguing their country cemented the relationship between Cannes and Mexican filmmakers.

The cinema scene can continue look to Inarritu for inspiration following his best film and best director wins at the Oscars this year for “Birdman.” His friend Alfonso Cuaron won the best director Oscar last year for “Gravity.”

Mexico’s movie industry is getting more honors at the May 13-24 festival, with filmmaker Guillermo del Toro (of “Hellboy” fame) taking part in the jury and Michel Franco’s “Chronic” in the running for the top Palme d’Or award.

Despite the plaudits, Reygadas has voiced doubts that there is a “Cannes effect” that can propel a career.

“Honestly, awards don’t launch you anywhere, neither backward nor forward. It’s just a recognition,” the controversial director said after receiving his 2012 prize.

Escalante has seen a difference since he won his award. It took him a year to begin filming “Heli” because he could not find the money to make the movie about Mexico’s drug violence.

He has had less trouble finding the funds to make “La Region Salvaje,” a film about Mexican machismo costing a bit over $1 million.

“We’ve had more interest in financing the next film and there have been other offers, partly because of the prize, but nothing that has 100 percent convinced me,” Escalante, 36, told AFP.

He has received offers to make short films and soda or booze commercials but also offers of screenplays from the United States to direct feature films or television series.

Diego Quemada-Diez, director of the migration drama “La Jaula de Oro” which won an award at Cannes for up-and-coming talent in 2013, said he began to receive funds for that movie only after the film was endorsed by the competition’s screenwriting workshop.

“The film wouldn’t have been made without the festival’s support,” Quemada-Diez, 46, told AFP.

He is now writing a script for his next film, a political thriller, leaving him no time to entertain an offer from US network HBO to direct a series or take on a couple of films from Hollywood.

While Mexican filmmakers are winning over critics abroad, their movies are not box office hits at home.

Mexicans had to wait a year for “La Jaula de Oro” to be shown in theaters while “Heli” was shown in just 30 movie houses in the entire country.

“Prizes are not necessarily helpful for the box office, but having won a prize I feel like one day I can go teach classes somewhere, and that reassures me,” Escalante joked.

Considered more radical and independent-movie minded than Cuaron or Inarritu, the younger generation now faces high expectations to live up to their Cannes success.

“Winning with my first film was a dream come true and I would love to (win again),” Quemada-Diez said.

“But right now I have to start over. Having won doesn’t guarantee that you can return to Cannes.”