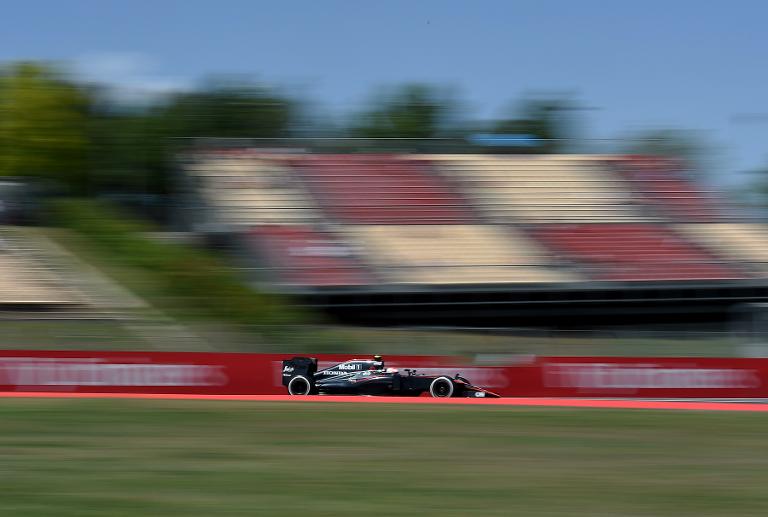 Jenson Button finished an encouraging seventh for McLaren-Honda in Fridayâ€™s free practice for the Spanish Grand Prix but warned the team needs to work harder than ever to make up lost ground.

After four races without scoring a point, McLaren are enduring their worst start to a season.

Button, the 2009 champion, was 1.6 seconds off the pace set by front-running double champion, fellow-Briton and former team-mate Lewis Hamilton of Mercedes.

After testing a raft of upgraded parts for his car, Button said the team needed to improve â€œin every areaâ€ of both chassis and engine if it was to compete for a place in the top ten.

â€œYes, it is the closest we have been all year,” said Button.

“And, yes, it is always nice seeing the timing sheets, but it is only practice.

â€œThere is a lot of work for us to do in every area to optimise what we have.

â€œIt has been a tough day for everyone. In first practice, the prime tyre pace was good, but it is tough in terms of balance on a lap.

â€œIn second practice, we really struggled on the prime tyre, but the option was a little better. Overall, it has been a good day, but we have lots to do to figure out why we can’t do certain things.”