Home Politics Bâ€™desh thanks Sonia Gandhi for the LBAs passage 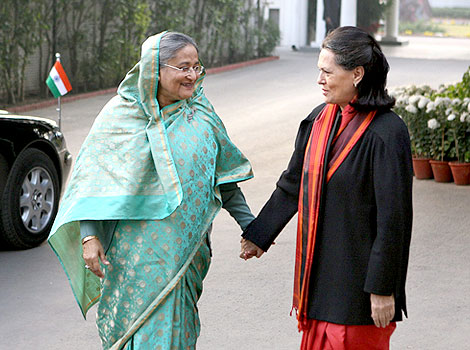 Indiaâ€™s Prime Minister Narendra Modi broke the news to Sheikh Hasina right after it was passed in the Lok SabhaÂ on Thursday.

Sheikh Hasina said that she has also called up the Congress Chairperson Sonia Gandhi and thanked her for the success of having the LBA cleared.

PM has also had a talk with the chief ministers of the Indian states surrounding the Bangladesh-Indian border.

The LBA has been hanging fire since Bangladeshâ€™s independence in 1971. Not much progress had been made since the 1974 Indira-Mujib agreement.