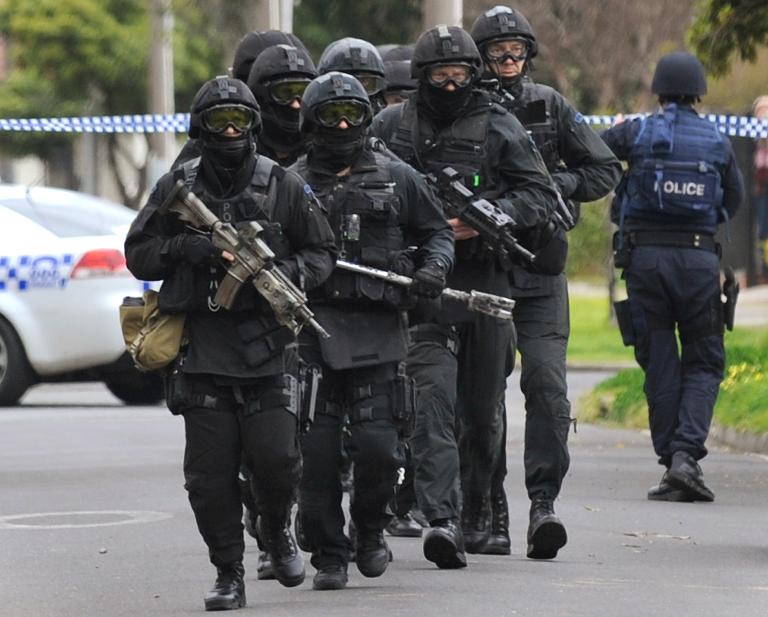 Australian Federal Police (AFP) and their Victoria state counterparts raided a home in the north Melbourne suburb of Greenvale on Friday, arresting and charging a 17-year-old male.

“We’ll allege the teenager was undertaking preparations to undertake a terrorism act as well as possessing things that relate to the commission of a terrorism act,” AFP Deputy Commissioner Mike Phelan said.

“These are extremely serious offences and they did involve the use of improvised explosive devices.”

Police said they had seen reports suggesting that an attack was planned for Melbourne on Sunday, which is Mother’s Day in Australia, but that they could not yet say when or where the alleged act was to occur.

“But let me tell you, something was going to happen,” Phelan told a press conference in Melbourne.

“As a result of Victoria police and AFP interception yesterday, some Victorians are going to be alive because of it. Had we not intervened, there was a real threat of action being taken.”

Police said they would not be naming the teenager charged due to his age, but said he was expected to face a closed court on Monday.

But Phelan said the teenager came from a loving family and it was deeply troubling to police that young people were becoming so disaffected they were considering endangering the lives of many Australians.

It is the second alleged attack believed to have been foiled in Victoria in recent weeks, after police arrested two men late last month for allegedly planning an Islamic State-inspired attack on Anzac Day commemorations honouring Australian soldiers.

Police said the two cases were not thought to be related.

They said they were still investigating the motivations for the latest alleged offence, but said the suspected explosive devices appeared very rudimentary.

A string of incidents, including a December siege in a Sydney cafe by a self-styled cleric who attempted to link his actions to Islamic State, have raised awareness about radicalisation among Muslims.

Australia raised its threat level to high last September and has since carried out a series of counter-terrorism raids, with alarm fuelled by the departure of more than 100 of its nationals to Iraq and Syria to fight with Islamic State jihadists.

Victoria state Premier Daniel Andrews said the nine-day police operation which preceded the arrest of the teenager was the result of someone calling the national security hotline.

“This was a very serious operation,” he said, adding that Friday’s raid had “kept Victorians safe”.

Prime Minister Tony Abbott announced the latest arrest, saying there was “evidence of a bomb plot that was in a reasonably advanced state of preparation”.

He said while it was important not to underestimate the terror threat, it was also right to keep it in perspective as he urged Australians to live their lives as usual.

Australia has warned of the threat from “home-grown” Islamic State-inspired extremists and has unveiled new security measures including revoking citizenship for dual-nationals linked to terrorism.

In February, two men were charged after police thwarted an “imminent” attack in Sydney, seizing an Islamic State flag, a machete and an Arabic-language video detailing the alleged plot.