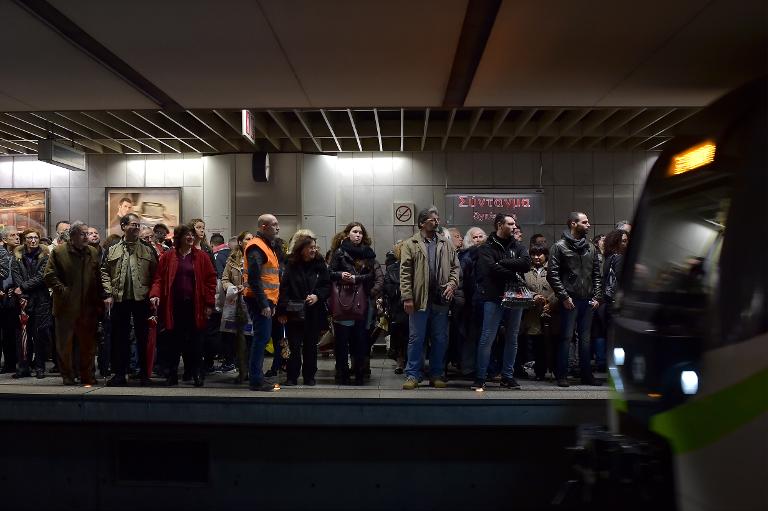 The 50-second short featuring footage from the Nazi occupation has been shown in 35 stations of the capital since the end of April, as debt talks between Greece and its creditors led by Germany have been stuck in deadlock.

“The Ministry of Defence in March met organisations working on the issue of World War II remembrance and German reparations to encourage initiatives to promote the subject, and the idea for this short was born,” Markos Charitos, who sits on the newly formed reparations committee, told AFP.

The film starts with images of German planes flying over the Parthenon and the words “World War II, resistance, we do not forget”, followed by a series of black and white photos showing the human cost of the occupation from 1941.

It lists a series of demands, including the reparation of losses, repayment of debts and the compensation of victims, and the return of archaeological treasures. One of its final messages reads: “We demand Germany’s debts.”

Greek calls for Germany to pay compensation for World War II have reached a new pitch since the onslaught of the debt crisis, during which Berlin has been a leading advocate of deeply unpopular austerity measures demanded by Athens’ creditors.

The radical left-wing government of Alex Tsipras has given strong backing to movement since sweeping to power in January and has created a parliamentary committee to reopen the question of reparations.

Berlin argues the issue was closed by an agreement signed in 1990 between Germany and the Allies — including Greece — in which they renounced all claims as the victors.