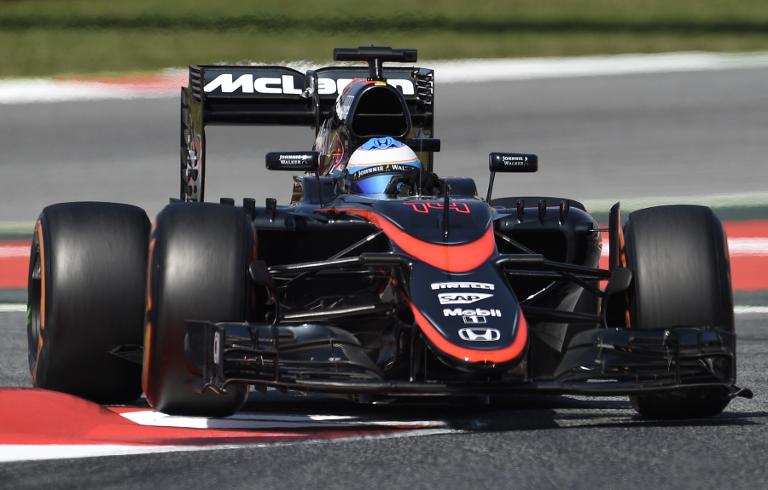 While fellow Spaniard Carlos Sainz, 20, qualified in fifth place with Toro Rosso â€“ an unprecedented achievement for the team â€“ to take the mantle of leading Spanish driver for the day, the two-time champion said he was content with making progress.

The 33-year-old Alonso said that all of the updates introduced by McLaren had performed and it was good for the team to have two cars through to the Q2 segment of the qualifying hour.

â€œEverything has worked,â€ said Alonso. â€œEspecially with the updates on the engine side. We know there’s a long way to go, but the team’s work is excellent.

â€œIt was more or less as expected. We need to take another step if we want to be in Q3. It’s the first time this season that both cars are in Q2, which is still a very low goal because we want to win and be on pole, but you have to go step by step.

â€œAnd it’s been confirmed again here that we are moving in the right direction.”

He added that he hoped to claim the teamâ€™s first points of the year in Sundayâ€™s race.

“Finishing ninth or tenth will not change my life,â€ he said. â€œI want to win and be world championâ€¦ If the first points come here, they will be welcome, but I think our goal is much higher than tomorrow’s race.”

Alonso showed no signs of any discomfort caused by his eye infection, which has required him to wear dark glasses, when he is out of the car.

Button said he had problems with his braking.

He said: â€œWe put new brakes on for qualifying, I don’t know what is going on with them but I had really big issues with the car all over the place.