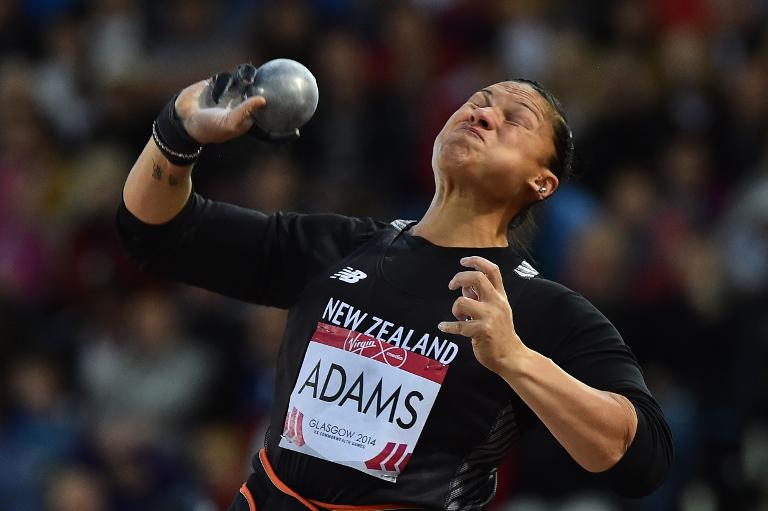 World athlete of the year shot putter Valerie Adams told how she “freaked” out with worry that her career may be over after operations on her shoulder and elbow last year.

The 30-year-old New Zealander, a double Olympic champion and four time world champion, said she will probably only return to competition in July because of the recuperation.

“Three months ago it was really hard for me to throw a shot put. It started playing on my mind whether or not I would be able to throw a shot put like I did before,” Adams told a telephone press conference ahead of the IAAF’s Diamond League season opener in Doha on May 15.

The Kiwi star had operations on her shoulder and on a nerve problem in her elbow in October because of pain that mounted all through the 2014 season.

“Muscles and ligaments, I have had it before, but with the nerves it is something else, the pain definitely kills you,” she said.

The surgeons moved the nerve and “then they cut a hole through a muscle in my forearm to thread it through” because the nerve was brushing a tendon, Adams explained.

But Adams remained in pain even weeks after the operations.

“I really lost feeling in my ring finger and my pinky finger on my right hand for a very long time and that scared me,” she said.

“I couldn’t pick my phone up or anything like that.

“Track and field and my career are one thing, but my life was another thing. It freaked me out.”

Adams added: “It affected simple things like cutting your fingernails or scratching your hair, or tying my hair up. I had no strength in my hand whatsover.”

The New Zealander has been back in serious training at her base in Switzerland for the past three weeks and says she may compete in two Diamond League events before the world championships in Beijing in August.

But her main aim now is to get a third Olympic gold medal in Rio next year.

Adams, one of only nine athletes, alongside the likes of Usain Bolt, to have won world titles at youth, junior and senior levels said: “I think the hunger for the sport and the hunger to win is still there and high on my radar.

“After surgery, I really had to work on my mind and my mental state. I have really had to buckle down and make sure I am ready for whatever is thrown at me.”

“Rio and trying to win the Olympics again for a third time is the ultimate goal,” she added.

“As time goes on, age catches up but my competitive spirit is still there and I still believe I can crack that 21 metres again,” said Adams, who has a personal best of 21.24 metres, set when she won the 2011 world title in South Korea.

The world record of 22.63m, set by Natalya Lisovskaya of the old Soviet Union has stood since 1987.