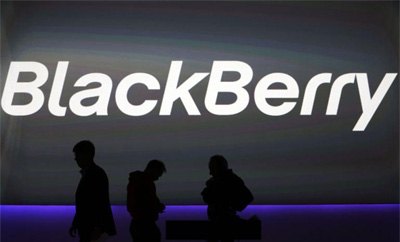 Down on popularity handset maker BlackBerry is all set to bring Virtual SIM Provisioning (VSP) to India to regain its lost market share.

The handset maker on Friday said it is in discussions with regulatory authorities and telecom operators in the country to launch its virtual SIM solution by year-end.

Using the solution, consumers will be able to use as many as nine mobile numbers through a single SIM card.

â€œWe are seeking clearance from regulatory authorities. We are also conducting pilots for the solution with operators here. We hope to launch the virtual SIM solution by end of the year,â€ BlackBerry India Managing Director Sunil Lalvani said.

Last year, the Canadian firm had acquired virtual identity solutions provider, Movirtu, to beef up its offerings for enterprise customers.

â€œThe technology allows an individual to have both, a personal and business number on a single mobile device, with separate billing for voice, data and messaging usage on each number. People can switch between business and personal profiles easily without carrying multiple devices or SIM cards,â€ he said.

Lalvani, however, declined to comment on the names of the partners. He added that the solution has been deployed in certain parts of Africa and the company is in discussions for roll-outs in Europe and other Asia Pacific countries as well. BlackBerry has been aggressively looking at expanding its software and services offering to the enterprise users as it loses ground in the hardware space amid stiff competition from the likes of Apple and Samsung.

According to research firm IDC, BlackBerryâ€™s share has declined from 8.1% in October-December 2011 to 0.4% in the last quarter of 2014. The company, however, remains bullish on its handset business. It has announced the launch of its new device â€˜Leapâ€™, which will be available from June. The price of the device in India will be announced closer to the launch.