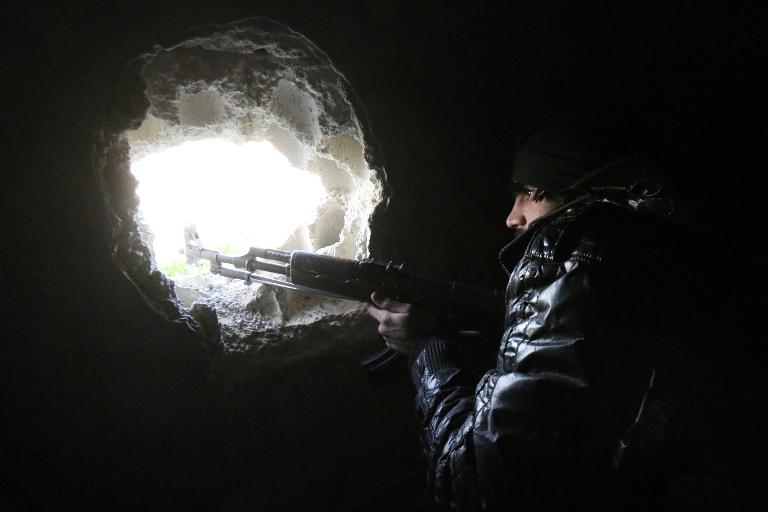 The US military has begun training a small unit of “moderate” Syrian rebels in Jordan to return home and take on the might of the Islamic State, after months of intense vetting.

The long-delayed basic military training could eventually extend to similar programs in Turkey, Saudi Arabia and Qatar, a US official said, and the rebels could be backed by American air support if required.

“There are about 90 of the trainees in this company-sized unit,” US Defense Secretary Ashton Carter told reporters at the Pentagon.

“We expect a second group to begin training next week.”

The United States and its allies launched air strikes against Islamic State targets in Iraq in August last year and in Syria in September.

In Iraq, the coalition supports government and Kurdish forces in the fight against the extremists but in Syria it has fewer allies battling on the ground.

There have also been concerns that the rebels fighting Bashar al-Assad’s regime in Syria could become radicalized like the IS jihadists.

But Carter insisted the first group of trainees was made up of “highly vetted individuals” working at a secure location.

“They do receive some compensation as well as training and equipment and support,” he said.

“An explicit part of their training is how to conduct themselves in a way that is consistent with international law,” he added.

“Any continued support for them would be strongly conditioned upon their continued good conduct.”

A spokesman for the Jordanian government, Mohamed al-Momani, said the training had started several days ago.

“The war against terrorism is our war and the war of Arabs and Muslims to protect our interests and the security and safety of our peoples,” he said.

Jordan announced in March that it would help train Syrian tribesmen to take on the IS group, but US support has been slow in coming.

President Barack Obama has been criticized by foreign policy hawks in Washington over the slow pace of the training program.

The administration has spent months trying to select and screen the fighters to be trained to ensure no extremists slip through.

According to Pentagon officials, more than 3,750 Syrians volunteered for the training and roughly 400 completed “pre-screening.”

The US Congress has approved $500 million to train about 5,000 Syrian fighters.

About 1,000 US troops are expected to help and 450 forces from the US-led coalition have already deployed for the effort, they said.

But the plan to forge a moderate Syrian rebel force has been marked by disagreement between the United States and its allies.

Turkey and other some other regional governments want the rebels to confront the Syrian regime, while Washington says the first priority must be combating the IS group.

US officials stressed again Thursday that the focus of the training effort was to equip Syrians to combat the jihadist threat first.

But the senior US military officer, Chairman of the Joint Chiefs of Staff Martin Dempsey, said Assad’s grip on power was weakening.

“The regime’s momentum has been slowed,” he told reporters “If I were them, I would find the opportunity to look to negotiate here.”

And Carter said that, while the new force would be expected to get to grips with the Islamic State, US forces would back it if it clashed with government forces.

“We definitely would work to protect them,” he said. “Potentially air support help, yes. It depends on where they are.”

Haytham Manna, a veteran opposition figure, told AFP the kingdom would host a conference in June to discuss what to do when Assad falls.

Manna said closer ties between Saudi Arabia, Qatar and Turkey — previously competing for influence over Syria’s rebels — had led to a string of victories for opposition fighters.