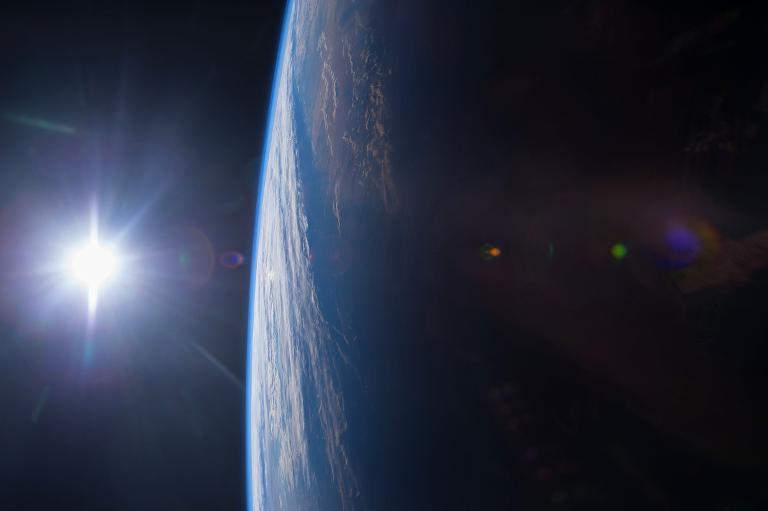 An unmanned Russian supply ship disintegrated as it plummeted to Earth on Friday after suffering a communications failure on its way to the International Space Station, in a fiery end to a mission to deliver oxygen, water and supplies.

Though the ISS crew of six international astronauts is not in immediate danger of running out of essentials, the crash marks the latest in a series of problems suffered by Russia exposing shortcomings in its space programme.

“The Progress M-27M spacecraft ceased to exist at 05:04 Moscow time (0204 GMT) on 8 May 2015. It entered the atmosphere… over the central part of the Pacific Ocean,” the Russian space agency Roscosmos said in a statement.

Almost all similarly-sized spacecraft disintegrate in the atmosphere or land in the oceans, which cover most of the Earth’s surface.

Russia sends three or four such spacecraft per year to supply the ISS. After making the delivery they plummet back to Earth, burning up in the atmosphere above the Pacific Ocean.

The spacecraft, a Soviet design generally known for its reliability, blasted off for the ISS on April 28 carrying oxygen, water, spare parts and other supplies for the orbiting space laboratory.

A few hours after the launch, however, mission control lost contact with it.

A special commission is looking into the incident, the deputy head of Roscosmos has said.

The same type of rocket is used for manned ships, meaning any problem with it has to be investigated before further manned launches.

Sources in the space industry told Russian news agencies that the accident was caused by a problem with the Soyuz rocket carrying the cargo ship into orbit, rather than the supply vessel itself.

A source close to the commission told Interfax news agency on Thursday that the rocket exploded seconds before it and the Progress vessel were due to separate.

The ISS crew is not in immediate danger of running out of supplies as a US supply ship could bring replenishments by June 19.

But a source in the space industry told Interfax news agency on Tuesday that mission control had nonetheless told the crew to conserve resources.

TASS and Interfax news agencies cited sources as saying the next launch of astronauts to the station could be delayed over the glitches.

A spokesman for Roscosmos told TASS that no decision would be taken until the results of the commission of investigation were known.

Three astronauts — one from the European Space Agency, one from NASA and one from Russia — are due to return to Earth on May 14.

Their replacements — from Russia, Japan and NASA — are set to blast off to the ISS on May 26.

Russia has recently suffered a series of problems exposing shortcomings in its space programme.

Since the mothballing of the US Space Shuttle programme, Moscow has had a monopoly on sending astronauts to the ISS from its Baikonur cosmodrome in Kazakhstan.