The secret diary of an IPL cheerleader | Newsmobile
Sunday, June 26, 2022

Home Sports The secret diary of an IPL cheerleader 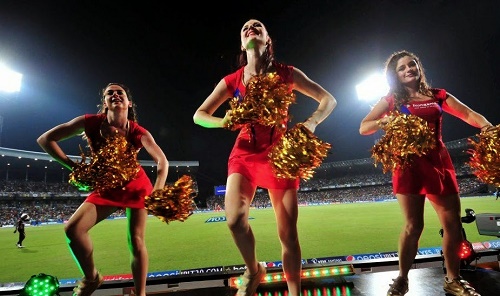 New Delhi: With the grand success of IPL, there is nothing about it that we should miss and especially when it is about the beautiful cheerleaders. From auctions to endorsements to parties and controversies, there is not a single thing about IPL which lacks glamour and gossip.

And to give you every detail of behind the camera gossip, a professional cheerleader at the IPL decided to hold a â€˜Ask Me Anythingâ€™ (AMA) session on RedditÂ and her revelations about working in India were quite interesting.

While the woman remained anonymous for the public at large, she had apparently submitted picture proof to the moderators of the site to establish her identity, but didn’t want it made public for fear of losing her job.

The online event attracted over 500 responses and she went on to answer a wide range of questions from food to travel and, of course, the highs and lows of her job.
Â

Here are a few handpicked questions and answers:

Q: “As a fellow Western woman living in India, not sure how I feel about white cheerleaders at the games. Why not Indian cheerleaders?”

A: “I agree. I love doing it, but I’d honestly prefer to see at least a mix of Indian women. Sadly there’s nothing I can do about that. If I refuse I’d be breaking my contract and they’d replace me with another white girl anyway.”

Q: “What is the biggest thing you hate about your job?”

A: “I hate the racism.Â Why is my team made up of 99% white girls? Why do Indians feel it’s ok to dress white girls up in skimpy outfits but they won’t let their fellow Indian women do it? It’s messed up.”

Q: “What kind of hotels do they provide? I assumed it was 5 star hotels.”

A: “The first two games they were more like 1 star hotels. Cockroaches, I saw a rat and rat droppings, it was pretty bad. But we quickly spoke up and realized our manager for that trip had been skimping us and pocketing the money he was saving on a cheaper hotel. Now they’re more like 3 star. Perfectly comfortable but not over the top.”

Q: “What is the funniest thing you ever saw a cricket fan doing in a stadium?”Â

A: “Honestly? I put a blank stare on for the most part when I’m facing the crowd. There’s just so many nasty men making kissy faces and taking my picture that I tend to just block it all out. Often I’ll lock eyes with some nice people that are smiling and those are the people I’ll focus on for most of the game. So I haven’t really seen many funny things. If someone genuinely made me laugh though, that would be a welcome thing.”

Q: “Are you a feminist? What are your thoughts on cheerleading being a means to objectify women as sexual objects and especially in India as a white relic.”Â

A: “I am a feminist, and I admit that I am bothered. When I danced and cheered in the U.S. I felt less like that. If you were to watch female dancers on Broadway, regardless of their outfit, you probably wouldn’t call them a sexual object. You’d call them a dancer. I went into this contract as a dancer, finding that I’m treated more as a sex object. I try to be forgiving of human nature so I’m rolling with the punches. I also enjoy what I do regardless. But I wouldn’t renew this contract for another year unless things changed.”

Q: “Kind of an open ended question – As we Indians are quite new to seeing cheerleaders, what are few things about cheerleading that you think we don’t know, but should know about?”

A: “We’re not all sluts. You might get the odd one or two out there in the world, but the mass majority of cheerleaders I’ve worked with are perfectly respectable women. I’m currently not working with any sluts, and for that I’m grateful. They tend to cause drama.”

A: “No, they ignore us for the most part. We’re not allowed to talk to each other.”