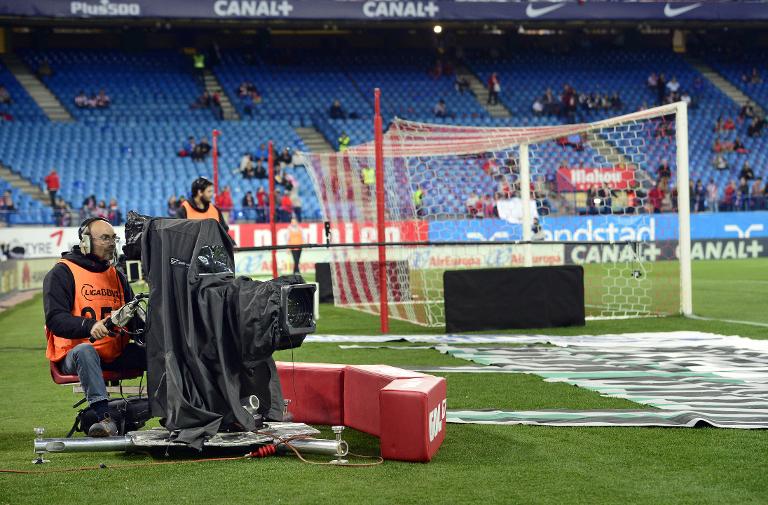 Star players including Barcelona’s Andres Iniesta and Real’s Sergio Ramos surrounded the president of the AFE players’ union as he announced footballers would go on strike from May 16 unless the government renegotiates a new law regulating the way TV money is distributed.

“They have taken us down a dead end, we did not want to reach this level,” Luis Rubiales told a news conference.

With players from the two top teams standing by in support, the Spanish Footballers’ Association (AFE) demanded a better deal to support more modest second and third division clubs.

The strike threat came a day after the Spanish Football Federation (RFEF) threatened to indefinitely “suspend competitions of all categories” from May 16 unless a new TV rights agreement is reached.

The stoppage would affect the key May 17 title clash between Barcelona and Atletico Madrid, as well as the concluding weekend of the league.

The Spanish Cup final, set for May 30 between Barcelona and Athletic Bilbao, would also be scrapped.

A government reform pending approval by parliament will end the system of clubs individually negotiating the sale of rights for their matches and oblige broadcasters to bid for them collectively.

The government and the Spanish league say it will bring in more money and level the playing field in terms of television revenues.

The new TV deal aims to loosen the financial stranglehold of Barcelona and Real Madrid, the two giants of the Spanish game and two of the richest clubs in the world, by ending the tradition of clubs being allowed to negotiate their own TV deals.

Instead, the rights would be auctioned just as they are in England’s multi-billion-pound Premier League, and the revenue shared out among various sectors of the sport

Under the reform 90 percent of television rights revenues would be redistributed to the top league and 10 percent to the second division.

“We demand a smaller difference in the distribution between the first and second division, as it is the case elsewhere in Europe,” Rubiales said, adding that the association also wanted a better deal for the third division.

“We decided to strike not as a measure of force, but in defence against what we see as an attack on our rights.”

Rubiales denied that the strike call was related to new taxes which players will have to pay on incomes made from the sale of their image rights.

Spain’s football league accused the sport’s governors of holding the lucrative Liga to ransom and said it would go to court to prevent the strike from going ahead.

“The strike call and its objectives are illegal,” it said in a statement.

Government and league officials accused the RFEF and its head Angel Maria Villar of blackmailing them to try to squeeze more money out of the deal.

Tebas said the league was appealing to the state Higher Sports Council and would take action over the potential economic damage.

“The damage is terrible and substantial,” he said.

“All the way over in China people have expressed their concern about the consequences this could have for our sponsors.”