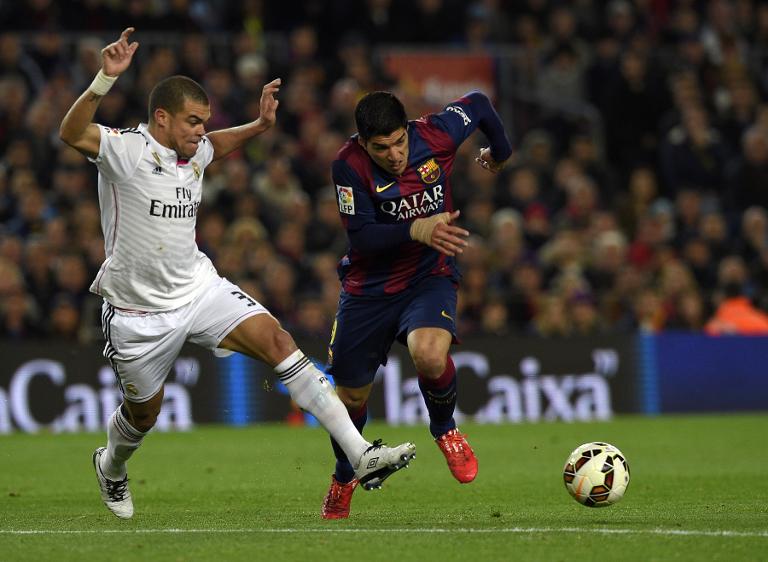 Spain’s football league launched a lawsuit Friday to block a strike threatened by players that it warned could cost 50 million euros ($56 million) per match day in lost revenues.

Players from top teams, including Barcelona and Real Madrid, have threatened to boycott the last games of the season if the government does not renegotiate a reform of football broadcasting rights.

It remained unclear how likely the stoppage was to go ahead and how the row might be resolved, as players’ representatives and the football federation raised various demands, some apparently not directly linked to the broadcast issue.

But the professional football league, in charge of the superstar Primera Division, rejected calls to change the terms of the television reform and hurled recriminations at the federation.

The federation and players threatened an open-ended strike from May 16, which could affect crucial end-of-season league games and the Spanish Cup final this month.

The president of the professional football league Javier Tebas filed a case on Friday at the National Court in Madrid against the AFE players’ union over the strike.

He has lashed out in recent days at Spain’s football federation, the powerful body that governs the lower leagues and the national team.

Tebas accuses its president Angel Maria Villar, who is also a vice-president of world governing body FIFA, of running the organisation “like his private estate”.

In an interview with AFP Friday, Tebas said the strike would breach Spanish labour law and collective bargaining agreements between the league and the union.

The Liga in a statement urged the court to process the case “with the greatest possible urgency”.

The law approved by the government last month obliges broadcasters to bid collectively for the lucrative rights to screen matches and redistributes the revenues.

The federation and the players’ union say the law does not give a fair share of the revenue to smaller lower-league clubs.

The league has accused them of other motives.

Tebas alleged the federation was opposing the television reform as a counter-attack against the government due to a dispute over public subsidies to the federation.

He warned sponsors were “very alarmed” at the prospect of a strike.

“When a football match day is suspended, we calculate that we could easily be talking about 50 million euros of losses per day” in revenue from broadcasting, sponsorship and betting, he told AFP.

Dozens of players including Real Madrid goalkeeper Iker Casillas and Barcelona midfielder Andres Iniesta appeared on Thursday at a press conference by the players’ union in which its leaders threatened the strike.

The coaches of Real Madrid and Barcelona, Carlo Ancelotti and Luis Enrique, hoped on Friday for a solution to avert a shutdown of the Liga.

“I think there was a little lack of communication between the parties, they are going to meet and in the end take the right decision,” Ancelotti said.

“I think the league will end normally.”

Barcelona lead Madrid at the top of the table by two points with three games to go, but their trip to Atletico Madrid next weekend is threatened by the strike.

“I hope it won’t get to that stage, I hope that the dialogue between the parties prevails and it can be fixed,” Enrique said.

The Spanish football fans’ federation FASFE called in a statement for wider negotiations on the reform. It backed the players’ right to strike but called on them “to clarify their intentions”.

“Everyone in football has the right to know the reasons why footballers are using such a harsh measure, whose consequences will be suffered by thousands of people who love this sport.”