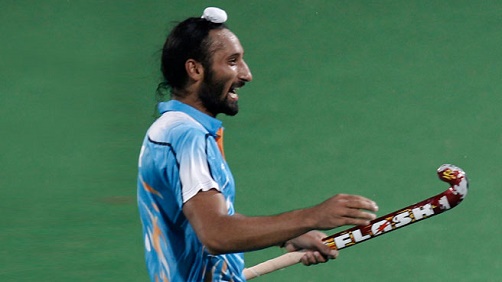 New Delhi: Indian men’s hockey team captain Sardar Singh has been recommended for the prestigious Rajiv Gandhi Khel Ratna award while 11 other names, including six women, have been put forward by Hockey India for the Arjuna award.

Sardar has led the Indian team to many successes in the international arena in the last 12 months, including the gold medal at the Asian Games last year and a direct qualification for 2016 Rio Olympic Games, besides a silver in 2014 Commonwealth Games.

Sardar has already been conferred with the Arjuna award in 2012.

“The players who we have recommended for the awards have proved themselves on the field through their play and their representation in the national teams have made India proud.

They have won India accolades on the international platform and I am confident that India will stand up and give them their due credit by bestowing them with the awards that they so rightly deserve,” HI Secretary General Mohd Mushtaque Ahmad said.

“Being bestowed with the Rajiv Gandhi Khel Ratna or an Arjun award is each player’s dream and they all work extremely hard for this national recognition,” he added.