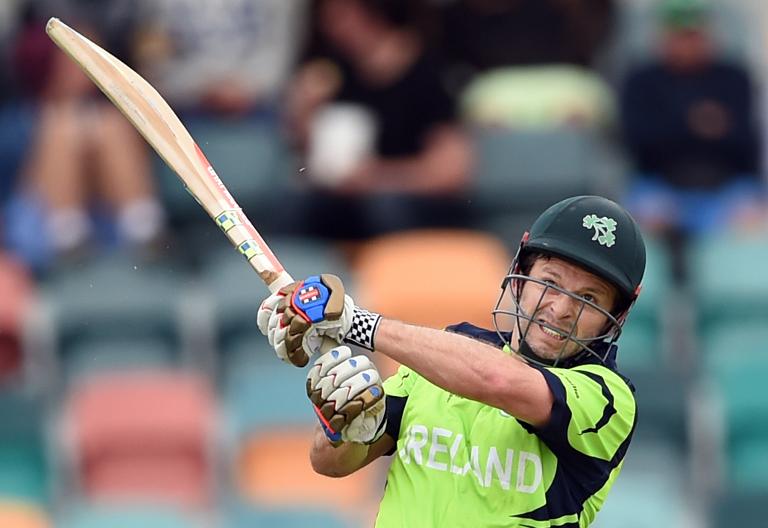 Rain meant only 18 overs were possible as the lone one-day international between Ireland and England at Malahide ended in a washed-out no result on Friday.

The rain, which interrupted play after 79 minutes, did not relent and the umpires called the match off shortly after 3:00pm local time (1400 GMT).

England’s debutant captain James Taylor won the toss and had no hesitation in asking their hosts to bat first in overcast conditions.

Taylor’s team, without members of the side that featured in the recent third Test defeat by the West Indies in Barbados, featured five players making their first appearance in a one-day international.

Two of them, Mark Wood and David Willey, took a wicket each as Ireland slumped to 56 for four when the rain arrived.

Porterfield struggled to impose himself against accurate bowling and Wood got his reward when he forced the Ireland captain to play on, for just seven from 27 balls, in the seventh over as Ireland declined to 23 for two.

Niall O’Brien hit back with two fours in the space of four balls but his attacking play proved his downfall as he edged a drive off Tim Bresnan straight to a third debutant, James Vince — Jason Roy and Zafar Ansari were the others — at first slip.

That wicket made it 44 for three and five overs later it was 56 for four when Andrew Balbirnie was caught at second slip by Roy off Willey, the son of former England batsman Peter Willey.

New batsman Gary Wilson played out a maiden to Steven Finn but before Ed Joyce could continue his defiant, unbeaten innings of 23, the umpires took the players off, never to return.