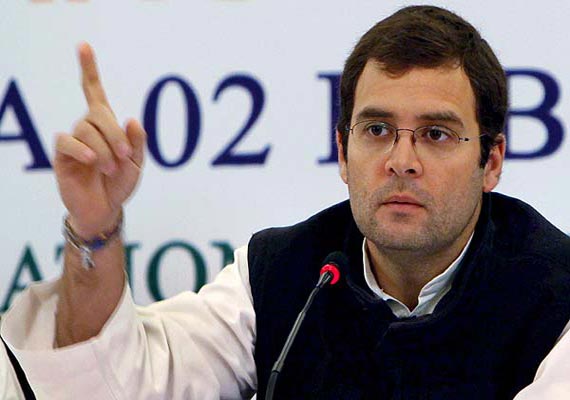 New Delhi: Continuing with the momentum of action superseding words, Congress Vice President Rahul Gandhi is set to hear the grievances of party secretaries at a meeting on Friday during which young leaders are expected to raise the senior leadersâ€™ murmurs regarding the partyâ€™s leadership issue.

If sources in the Congress are to be believed, secretaries had sought an appointment with Gandhi soon after his return from a 56-day sabbatical on April 16.

The secretaries held an informal interaction among themselves on Thursday to identify the issues to take up with the Congressâ€™ heir apparent.

It was decided that they will also flag the issue of allocation of work as some general secretaries had not been delegated â€œappropriate dutiesâ€ to the secretaries attached to them.

Before the Lok Sabha polls last year, Gandhi had introduced a monthly monitoring system for all secretaries in a bid to streamline the duties of party functionaries.

The secretaries, as per that system, were asked to submit details of the work being done by them in a pro forma to the Congress Vice President by the 10th day of every month.

But, the practice was discontinued after the general elections.

After his elevation to the post of Vice President in January 2013, Gandhi had held elaborate discussions with party general secretaries and secretaries to seek their feedback, and understand the problems in the organisationâ€™s functioning.

The young leaders are expected to convey their â€œdisappointment at the way they are treatedâ€ at party events.

The Supreme Court Thursday halted proceedings of a defamation case against Congress vice-president Rahul Gandhi pending before a trial court in Maharashtra.

A complaint was filed accusing Rahul of having defamed the Rashtriya Swayamsevak Sangh by blaming the organisation for the assassination of Mahatma Gandhi.

The court gave the Centre, Maharashtra government and the RSS activist four weeks to file their replies and another two weeks to Rahul Gandhi to file his rejoinder.